Far Guy suggested we just go for a drive after supper.  He got the OK to drive again..his physical therapy is going great and his therapist said he can drive..Whoo hoo for me! I like it when he drives ..I can take photos.

We went to the River..the part that I call the Dead Beaver Area that is a mile plus from the house. 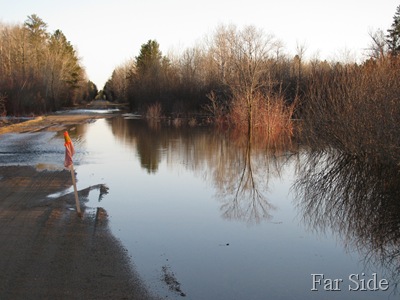 The river is over the road in two areas. We did not drive through the water..I did get my feet a little wet..the water is icy cold. 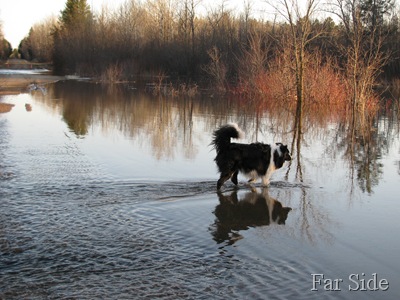 Chance thought it was a lake. A vehicle came by, it was Far Guys cousin PD. He said that the river at the farm was really high and we should go and look. 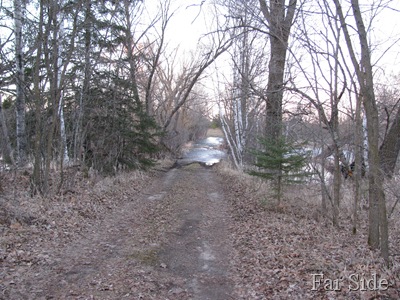 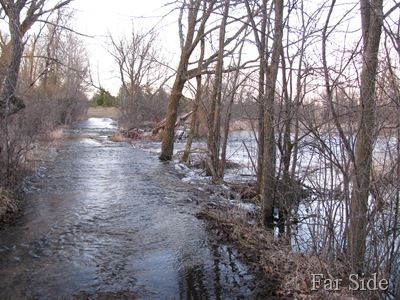 The view of the river at Far Guys Grandparents old farm.

The rain the other day coupled with the snow melting in the swamps and running off has raised the river levels.

PD said that even the old cattle crossing under the road was full of water.  I didn’t know that there was a cattle crossing.  There is.  Far Guy remembered it, he said he had to reach way back in his memory to recall it.  His Grandparents H. lived very close to this area..and as a kid he played and explored the woods. 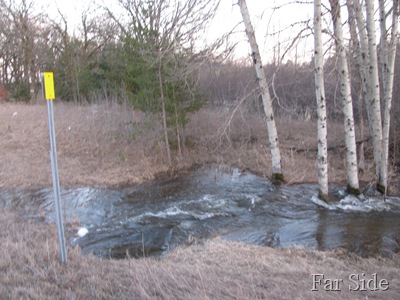 When Highway 34 was built, the farmer to the south ( in this direction) had no safe way to get his cows from one side of the highway to the other..so a cattle crossing was built under the road. 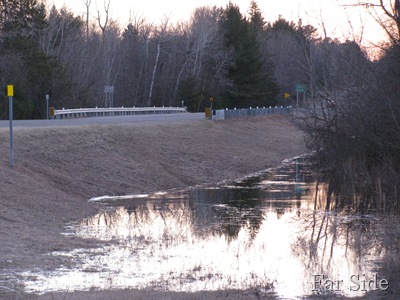 The cattle crossing is on the left near that post..it is hidden quite well from this direction. 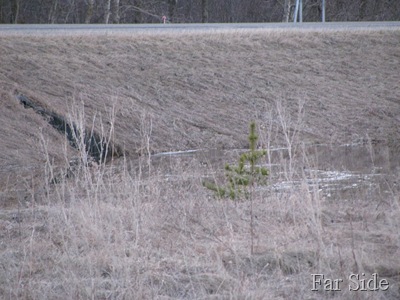 From an approach I was able to zoom in and document that there is indeed a cattle crossing there and the river water is flowing through it.  PD said “Even with the high water we had two years ago the river never made it to the cattle crossing.”

It is supposed to rain again today..April Showers brings May Flowers..I am happy there is not much snow left on the ground..a few snow banks here and there in shady areas:)