Five thoughts..or what’s in my craw

Spring Cleaning can give you lots of time to think.  I have a few things in my craw…imagine that.

First of all Minnesota’s extreme cold.   Sara Haines of the Hoda and Kathie Lee Show visited the Artic Cat snowmobile factory in Thief River Falls Minnesota.  Sara said “ It was so cold your skin hurt.”  Hoda replied “Your nose hairs freeze.”  It was a measly –4F that day…brrr..poor baby.  Your nose hairs warm the air..that is their function..to warm and filter the air going into your nose.  And take it from me  at –4 F your skin does not hurt..at –40 F maybe..they should all go to Thief River and do one of their remote location shoots from a snow bank. Oh ya, I forget they don’t go anywhere they can’t wear those short skirts and they would look and walk funny with frost bitten legs.

Second, American Idol really sucks this year.  I watched and napped one night last week when the girls sang..then I napped through the entire boys show the next night.  I like Angie Miller..she sings like a winner.  That weird girl judge with the hair drives me nuts…whoever she is ain’t good…her voice drives me straight up the wall. I cannot imagine what she could possibly sing that would sell records.

Third, I am really tired of all the gun control crap. Yes some people have guns..yes some people are mentally ill and use guns.  If you want to go nuts and kill a bunch of people you will find a way.  Yes, three people die every hour from guns..two of those three people are suicides.  Secure your guns..buy a gun safe..at the very least buy a trigger lock.  If you come to my door in the middle of the night..I am going to shoot you..plain and simple.  Hopefully if I have time to aim, I will just shoot you in the kneecaps. 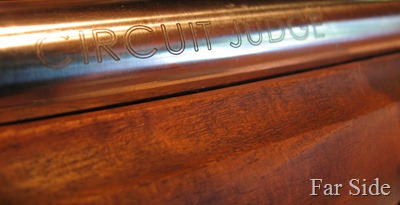 Fourth, If we used our energy toward curtailing drinking and driving we could save lives.  Every 53 minutes someone is killed by a drunk driver. I guess it is more socially acceptable to use a car as a weapon.. and that my friends sickens me. I have zero tolerance for alcohol misuse.  If I were making the laws..I would hang the driving drunks from their necks until dead. There would be no need to have the three four strikes you are supposed to be in jail laws that most judges ignore.

Fifth, I hate the hour change of daylight saving time..it upsets my rhythm.  What purpose does it serve anyway other than to irritate me twice a year:( 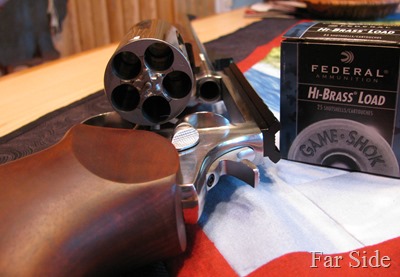 Labels: Cranky, Far Side is in a fairly bad mood, Opinion, thoughts