Ya, You betcha we have enough snow for a little while.  My snow stick shows that we have 24 inches of snow on the ground.  Ten inches fell in that last storm.

A snow  monster walked out to the snow stick before the last snow.  It measured 14 then.

She it left huge tracks that were filled in by the new snow.  The snow was over the snow monsters boots.  She might need some of those gator things or woolen leggings…or snow shoes. 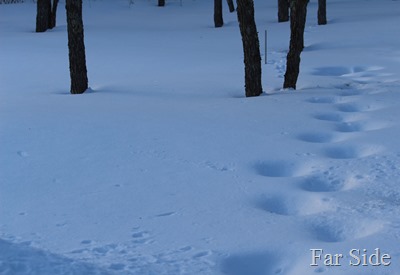 No one is going to venture that way for awhile…not even the snow monster.  We will watch the snow stick from afar. I think a squirrel visited the snow stick. 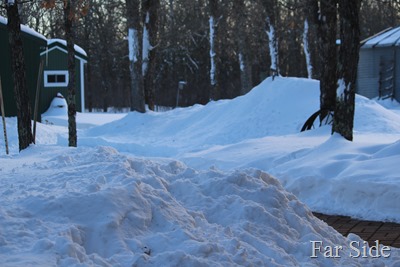 This is the view from my bench on the patio.

Besides moving snow around. I have been busy doing “stuff” on my list.

I had another big project to work on for the museum and it is ready to go out in the mail…pleas for memberships to be kept current.

Chance and I enjoyed some golden time outside just before sunset:) 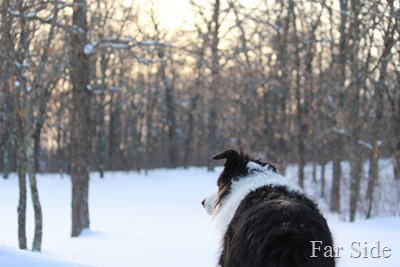