Tuesday we went up to Bemidji to run a few errands.  We stopped to see Savannah and also saw our daughter Trica.  We shopped at Hobby Lobby and Kohls, had supper at McDonalds (It has been about two years since we have dined there where the food is still greasy and salty) and attended Paige’s Hockey game. 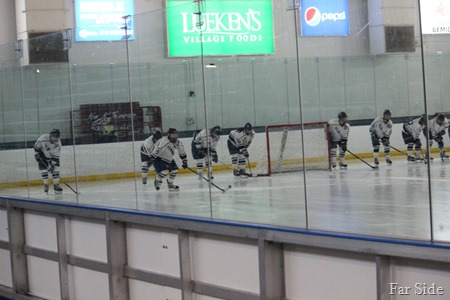 The Lumberjacks line up.  Paige is number 5. 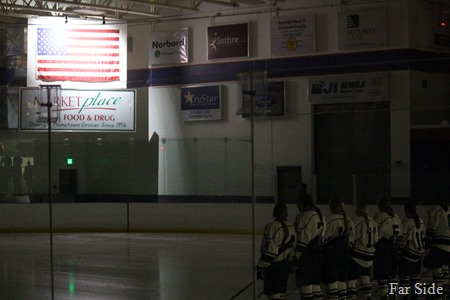 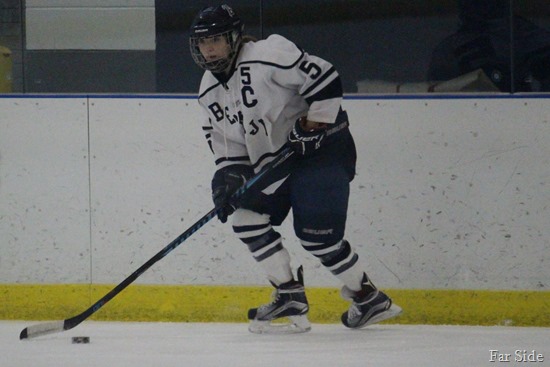 Paige is the Captain of the team. 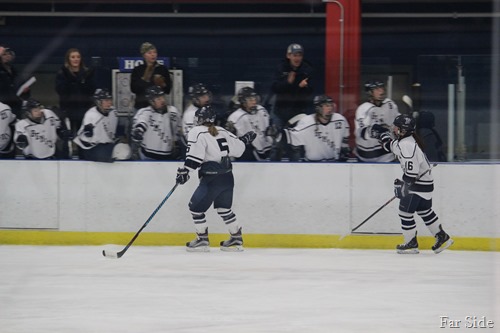 Paige made a goal it was so quick I didn’t get a photo …I did get a shot of her team congratulating her.  She was assisted by her teammate  Number 16. 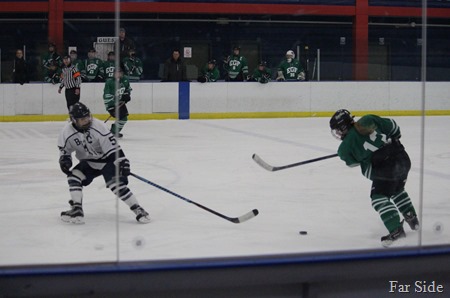 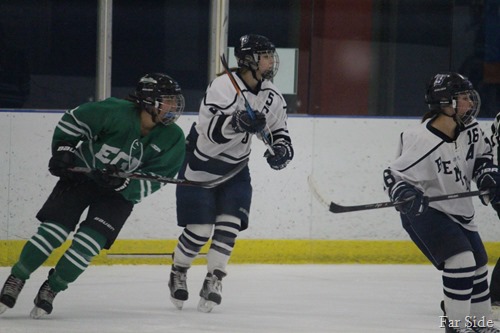 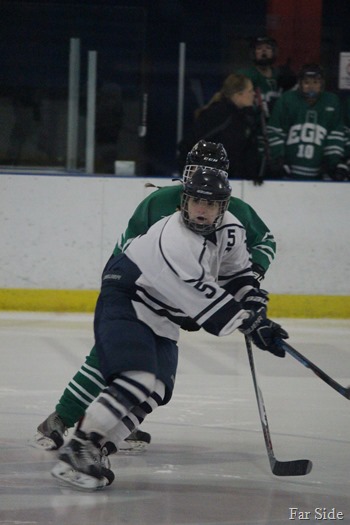 It was a good game and all the girls played well.  Paige made the only goal.  They lost the game.  They are improving as a Team.

There were a couple of Coaches scouting for their teams.  After the game we gave Paige a quick hug and sent her off to talk to the scout.  She has one solid offer and two others that look promising.  The one in Michigan looks the best to me, it is a guarenteed four year scholarship…plus the posibility of a booster club scholarship. But it is a long way from home.

Who knows if she will become a Lion, a Wildcat or a Tommie…or maybe something else…a Beaver maybe…a Fighting Hawk is not likely.  She wants to play College Hockey and it seems she is good enough.  She also wants to go to college for Pre Med.

She will be visiting schools in “The Cities” and in Michigan after the hockey season ends.  Then she will have big decisions to make.  She is an honor student and I am certain that she will make the right decision. What ever she decides we support her and look forward to College Hockey games.

Good Morning, Great photos of Paige and the team. Congrats to her. Of course, if she goes to MI, John will be happy! I know you are very proud of her. Hope you guys have a nice day. Sometimes it is good to eat a greasy meal, huh??!! lol

The best of luck to Paige. I'm sure she will make the best choice for herself.

What an accomplished person she is! I hope she gets into the school she wants, whichever one it turns out to be. I would be proud, too. :-)

Now that was a fun trip,hooray for grandchildren. Life would be
dull with out them.

That's exciting, hockey is a rough game. Sure helps to get scholarships though.

What a girl Paige is! I hope she can get a four year all paid scholarship. How great it would be for her and her parents! Help the family finances!

Paige has a lot of very good skills. Good luck to her.

That's awesome! I never thought I'd like hockey until I went to a game, and OH WOW! It is so intense! I loved it!! I was on my feet screaming by the time it was over!
xo
Lynn

A big time of change for her!

Sounds like she has a great future ahead of her!

What a great opportunity for her - wish her the best of luck!

What a gal! You have every reason to be proud of her!