I have a big Rubbermaid container out in my garage filled with shells from our last visit to Florida. I thought I might use them someday, I might make a seashell trimmed mirror or use them to make some sort of garden ornament. If I did not have them, I would be sure to need them. The problem is, even though I cleaned them with bleach, and let them dry in the warm Florida sunshine for weeks on the picnic table before I packed them away..they still stink..after more than ten years.
Last week on the loon Cam I watched one of the parent Loons clean out the nest, after one of baby loons had hatched, the loon took the remnants of the shell and took off with it in it's beak to deposit it in the water. According to some sources, this is a way to discourage predators from being attracted to the nest.
Far Guy and I noticed the Bluebirds one afternoon, busily feeding their babies, one time they left a worm, but went into the box and came out with something in their beak and flew west..no doubt to get rid of the shell in the woods. 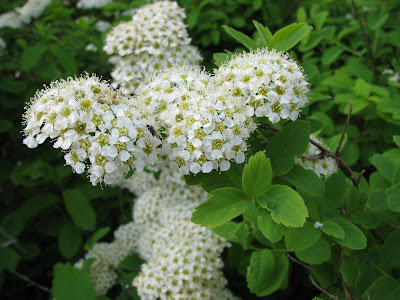 Recently several of our friends that died chose cremation. A much older than me lady said "I came to say goodbye, one last time, but they aren't here." She was distressed, so we talked, about burial choices, and shells and how it isn't important what we do with the shell, because it is only our soul inside the shell that counts. I think/hope she was comforted in some small way.
I had a conversation with my Father also, basically he told me it's doesn't much matter, in a box or in a urn, you don't need the shell anymore. When I told him of my wish to be cremated, he kind of winced, and shivered all at the same time and said "EWW." Well, I then told him I really wished I was a Viking Princess.. the body ceremonially dressed and plopped into a boat, set adrift at sunset with many warriors shooting flaming arrows at the boat, the flames lighting the night, the sparks flying heavenward, the boat totally sunk by morning. He just shook his head and laughed. 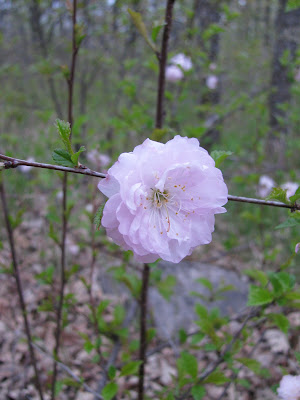 We have a friend in Idaho, her parents were duck hunters, when they both met an untimely death, their ashes were incorporated into a set of duck decoys that reside in their living room. I hear that your ashes can be sent into space or incorporated into a living reef in Hawaii.
Whatever your persuasion about your shell, in a container, in the garage is not a great idea:)
Posted by Far Side of Fifty at 7:50 AM

Labels: burial, crosses when you least expect them, thoughts, your soul is the important part

Interesting thoughts. I agree, our body is just a shell and where it lands is irrelevant, our souls is what's important. I'm leaning towards cremation myself. Nice post.

Hi Connie,
I talked about his very subject yesterday on my blog. I like your idea of going out in flaming glory. Or maybe I'll leave it in my will to have some type of eternal chiming clock installed on my grave marker. Every hour on the hour it can bong. Serve as a reminder to everyone that I may not be ticking underneath the ground but I still am on top. RAE

Very interesting, love your idea of a Viking Princess. Very etheral and misty.

We had a sad article in the local paper yesterday about a Funeral home that mixed up all the ashes. People were given ashes from other families by mistake. They cherished those ashes until they found out that they were not thier own loved ones.
The funeral home had been running without a license for a few years, and now it is all boarded up. I have a sad feeling that this is not the only one around with this problem.

Interesting post-I like the comparison to the shells. I want to be scattered in the wind-on the top of the mountain behind my house-my family all says ewww too. I like your 'set to sea' thought too.

I've told my kids to give away any parts that are still useful and burn the rest. Is that clear enough?

Wow that one made me think! Very nice post, thank you.

I told my kids to scatter my "shells" in their flower garden and watch those posies grow. Of course they should try an out of the way test patch first, just in case:)

When my brother died suddenly at the age of 61, I was responsible to take care of everything. I am so glad we had talked, not knowing that I would be dealing with it so soon. I split his ashes for those who live in Iowa and the other half were spread over his two year old child's grave in Arizona. I am going to do a monument just so we all can remember.
Hey, I want to be one of those persons shooting arrows though. What a final finish!

Nice post! Something all should think about no matter your age. From an individual who has worked with families administering estates -- do your family a huge favor and have things planned such as your funeral wishes and last will. Many families face hard decisions and controversy because somebody couldn't come to terms and make their wishes known. Death and change are not pleasant but can be made so much easier if some guidelines are set.

Way to get everybody thinking Connie!

The Duke and Duchess have already decided they want to be cremated. They want to be scattered in the forest. Your post is a good reminder that humans should have their wishes in writing and have their affairs in order, jsut in case. . . And they should definitely know who to trust their pets welfare to in the event of an untimely death. This gives us much to think about. Thanks.

Thanks everyone for your comments. Before we got Chance, we asked our daughters if they would take care of him if something were to happen to both of us. So he will be going to live with our daughter Jen. There is nothing sadder than a dog going to a shelter because the owner died.
We have our wills in place, and I even wrote my own obit, it is sprinkled with humor! :)