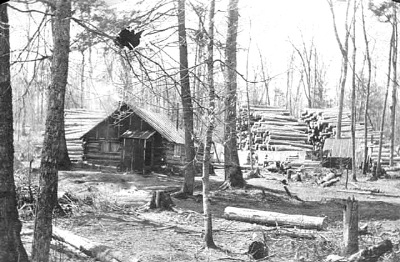 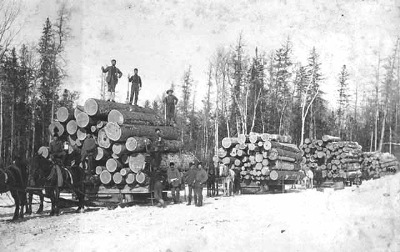 WONDERFUL! I love this post. TO JUST think about how everything came to be is amazing. Thanks, Connie!

This truly makes one aware of all the tall timber this country was once made of before we paved paradise an put up a parkin' lot!

I so enjoyed seein' the old pics of day gone by. Thanks Connie.

Have a most wonderful day! :o)

I'm with JWN - I'm just a little squirt (a wee bit more than 100lbs) but I keep a mean set of books. I don't enjoy sleeping outside tho, which would have scuppered my chances of success! Jo

Wonderful to see these photos and hear these stories.

I like to hear of the great people that made this America for us. Great photo's

Isn't it fun talking to Jim and Irene and getting more stories like this. We need to pass more of these pictures and stories on. You do a great job at it.
Those logs are HUGE!

Wow! I wouldn't have thought moving to Minnesota would be considered weather for a sickly person. But apparently it is, what do I know? Great story!!

Awesome history of your family and photos! To bad Canada wasnt for them. Our little village ,Vienna here in Ontario Canada not to far from Wellington was also known for its lush logging and timber mills in the 18oos but sadly all was lost due to fires and floods! Have a great day !

Those pictures are amazing - so much history!

I had to laugh though at the thought of these people moving to Minnesota for the warm weather? My goodness, Canada must have been arctic!

Phenomenal photos! They represent hard and dangerous work done by ordinary heros. Thanks for sharing them and the story.

JW's sublime cure. There is nothing that does my heart and head a good deal than a hard brush on fir boughs. Reminds me of the story Stewart Little and the sachet pillow that was stitched with the words, "For you I pine, for you I balsam."