I WILL not be collecting postcards, just so you know, and my husband can relax. Collecting old photographs is enough of a sickness.
This postcard was included in with a group of photos that I purchased. This piece of ephemera was printed in Saxony..which is a State in Germany.

Here I thought it might be classified as a French Postcard…only to find out it is German.  I imagine in its time it was considered quite scandalous, after all she is showing off her ankles and her shoulders.  I like than she is not all skinny and bony..she may even be considered plump by today's standards.

When I first started collecting old photographs, I had one box full. I added a small file container which I keep shoved under my desk.  It holds  photos I want to scan or have scanned and will use shortly on my Forgotten Old Photos Blog.


Recently I cleaned out my files and packed away all the photos I have used, they partially filled a Rubbermaid container.  I can hear my girls now, “ Mother was nuts..wasn’t she?”

I have returned a number of photographs to family members of those pictured in the old photos. Not nearly enough to make a dent in the collection..the other day I purchased an old trunk..Far Guy said “What are you going to store in there?  Christmas Ornaments or Old Photographs?”    Maybe both:)

Thanks everyone for taking a guess with the Mystery Item yesterday, it turned out to be a hog scraper.  Many of my readers were able to identify it!  Thanks!

I do have one reader in North Dakota who had a totally off the wall idea..his taste in beer is always evident!  His idea was called a Country Club Balancer:) 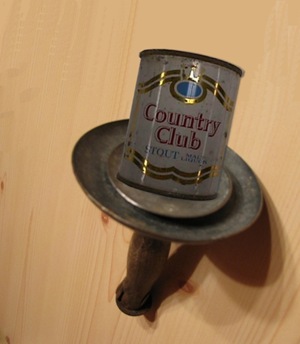