Vietnam Memorial on the Prairie 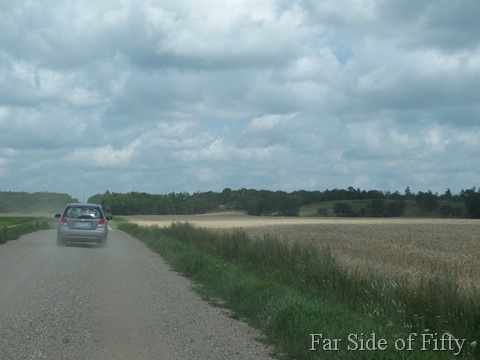 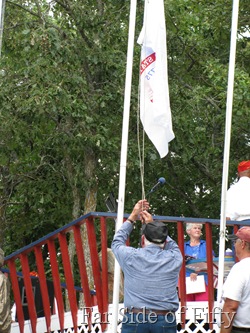 My Dad, raising the Army Flag. 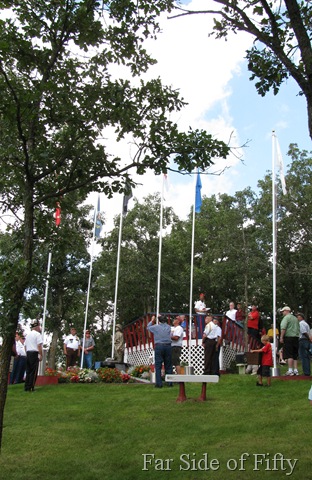 This year was special, my Dad who is a Korean War Veteran and Dave  a Vietnam Veteran who happens to be married to Ann one of my faithful blog readers were in charge of raising the brand new Army flag. 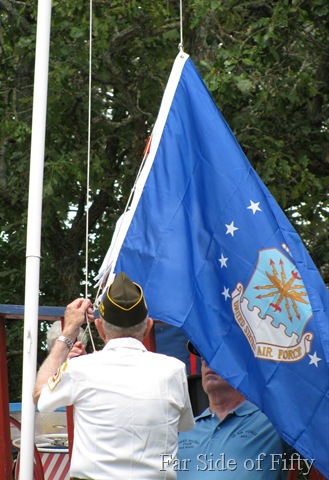 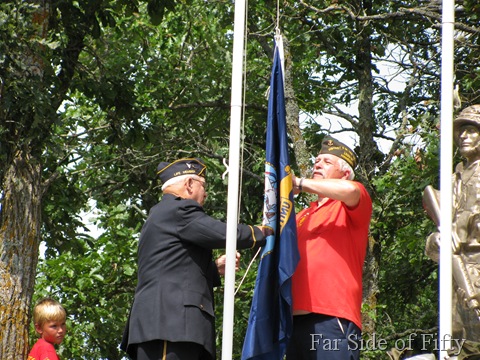 There was one World War II Veteran.

There were little boys whose Grandpa bought them Marine T Shirts. Howard said in his opening remarks “Everyone should bring their children, so that they will remember that many men fought for their freedom.”


This is the third time that we have attended.  This tiny little Memorial service is getting more attention every year.. I have written about it before.
One Man’s Dream August 2008
Bunker Hill in August 2009
This year many people attended for the first time, one couple was from out of state and just happened to hear about it and decided to stay in the area an extra couple of days..why? Because he was a Vietnam Vet. 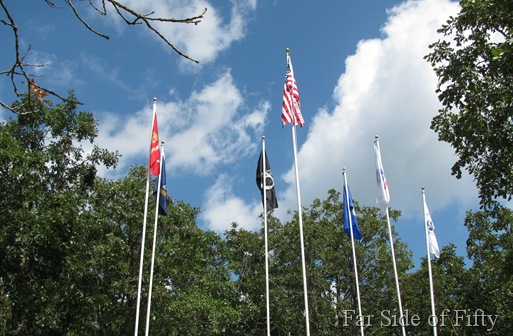 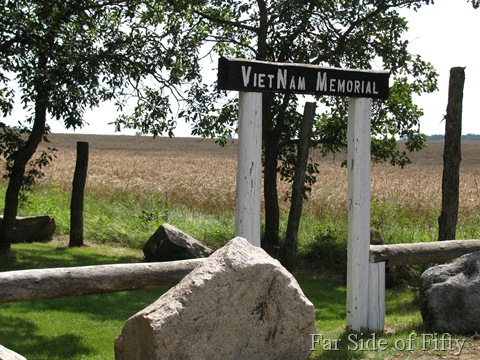 We should never forget:)
Posted by Far Side of Fifty at 12:36 AM

Thanks for sharing these touching photos. From the stories my sister tells me about the teens in her school system and their lack of respect for our flag/country, someone should have explained to them the sacrifices so many have made.

It is a wonderful memorial. I haven't seen them put up flags for each branch of service. It is such a great idea.

Too bad it was such a hot day. I should have gone.

Wonderful....little towns do it best because it from the heart. Let us never forget....

Fantastic post, Connie! My step dad was a vietnam vet that has really bad memories and doesn't ever speak of the war. My hubby was in the Airforce, and my nephew is in the Marines! So, I love what our troops have always done for their country and everyone should always be proud of them rather they agree with the wars or not!

This is wonderful, Connie. I also feel that we should spend more time remembering how many have made the ultimate sacrifice and pray we can someday see an end to wars. Honoring the fallen is one good way to begin. Thank you for this post.

I hate that there needs to be a memorial but what an honor for your dad. I was a member of the color guard in the Army and it just takes your breath away. So very quiet and serene as we performed out duties. Always classy. Tazzy

I remember boys from high school killed in Vietnam.. Knew a few guys who went and returned--never were the same. The current warfare reminds me of those days when I see it on the news--all those young men. :(

Very impressive. Small towns seem to remember best.
btw everybody is seeing mountain lions these days. Even here in the southern bannana belt of Minn. :)

You are so right...we should NEVER forget. My dad was in the Phillipines, WWII AND in Vietnam. He came back in one piece, thank goodness. I was in high school when he had to leave us for a year and go to Vietnam.

Thanks Connie - I remember your posts from the previous years..... I'm glad that it keeps on growing -

You are sooooo right!!!! We should never, ever, forget!