Years ago, probably around 1980 we bought a water bed, not a fancy one..just a regular big ole balloon filled with water. We were a water bed family, we bought the girls each one too..super singles. We have replaced our mattress many times over the past 29 years, never graduating to the one with baffles or soft sides. You get used to the sloshing and the ripples..at times they are very comforting. It was also a heated waterbed, deliciously warm. Then one of us became menopausal, and fairly miserable, spending time out of the very warm bed, and on the couch. Almost always starting out in the bed , but still on the couch by morning. Then one of us started to have pain in his face, and became a very fitful sleeper with hips that hurt every morning. So we went together to two different bed stores..did you know that Vera Wang has her own mattress brand..well If you ask me no mattress is worth 2,ooo dollars.. If she were the only bed maker in America I would raise geese and save their feathers for a feather bed. Far Guy laid on one of her beds and said this is great, let's take this one..it was the first one he laid on. How typical is that? He moved on, I moved on, we tested a whole bunch, after awhile they all become a blur..Far Guy accused me of falling asleep on several occasions, I was just testing..he was like a jack in the box bed tester, he would holler from across the show room, "Hey Sleepyhead, get over here and try this one out." when I was just starting to get comfortable. All the salesmen were on him like a fly on shit. Sounded like a bunch of gobbly gook to me, coils, latex, memory foam.. I just want comfort and a good price. I don't ever really want to know about the why..lets just cut to the chase, what is your best deal and you better deliver for free or the deal is off. 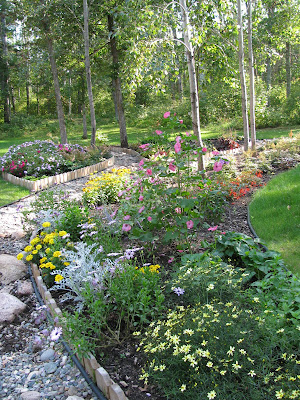 Now that the new bed is coming, the water bed must be drained. We finally figure out how we did it the last time when we refinished the waterbed frame. We want to use our frame. it has drawers underneath the bed frame. It also matches all our pine bedroom furniture. ( It only took us thirty five years of marriage to finally get a bedroom set where it ALL matched) Far Guy has measured, and he thinks we need to cut twelve inches off the sides and three inches off the ends. He must have looked at the measuring instrument incorrectly..cause when I looked at it..we only had to cut off three inches from the length. We work together well, and we finished hauling the pieces out to the workshop, cutting them off and carting them back in, and we had it all back together about five minutes before they delivered the mattress. Now would it fit.. YES...we must have measured right..finally. 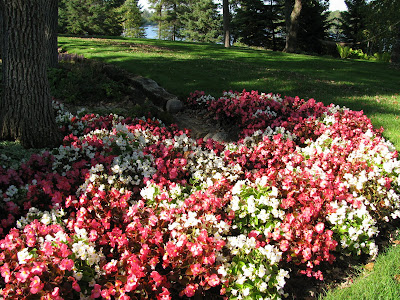 Far Guy tried to nap, he just watched TV, Chance had a nap. Last night was the real test, I made it until five AM ..Far Guy said "Are you leaving me? " No, just the bed, I went to the couch, grabbed my blanket and slept like a log. Far Guy could have come out to the other couch instead he stayed the duration, and said " What have I done? That was like sleeping on a bed of nails." I told him it wasn't that bad, it was kinda like a bed of roses with a few thorns. In a week or two we will be used to it, it will just take some time.:)
***All photographs taken at a friends, on September 15, 2009..she loves to weed!
Posted by Far Side of Fifty at 11:52 AM

Lovely site....beautiful pictures! Great to read your profile too.

I always have needed a very flat bed for my back, not soft, so I could never figure out how the water beds could keep my spinal column in good shape. We have an old house so we can barely get a double bed up the stairway. We are looking for a new house and a new city to live in so maybe we can get any size of bed that we want.

Love our mattress now that we got a new 3" memory foam topper for it. Otherwise we would have had to get a new mattress too. Hate shopping for them. - wishing my flower beds looked that good!

Sorry girlfriend, we are addicted to our waterbed. Our latest that we replaced last year is the best yet of 31 years of sloshing. No wave super soft lumbar support, the works. I just put an extra thick mattress pad under my spot when I was 'flashing'. Dr. Oz even listed a waterbed as the best mattress for the health of your joints.

I do hope you and your hubby grow to love your new mattress. You have put so much work into this project. Great flower pics. Have a great weekend full of comfortable rest.

We did the water bed thing for awhile. Hubby never figured out how to roll out of it. Always wanted to sit up and jump out like a regular bed. He never could get his butt over the side. It was worth a laugh, but after hearing him cuss every morning for a year I got rid of it.

We also got a 3" memory foam to put on top of our firm mattress, which has made a ton of difference in our comfort level. My hubby needs softer than me, and somehow this has caused us both to be fine with the same mattress. We also don't do innersprings, just a firm mattress on top of a frame. I never could get used to a waterbed, either.

Oh Connie! You tickle me. We gave up sharing a mattress long ago when Nalley started using the CPAP at night. Nalley likes his mattress to feel like a sidewalk and he sleeps with a red head-HARRIET!) I prefer my plush, pillow top mattress and 3 cuddly cats! I sure hope you two will learn to love the new mattress. Otherwise, Chance is going to have the nicest doggy bed around!

Have you contacted the company? Many of them will definitely take the mattress back, usually if it was just purchased recently. Give them a chance to make it right.

Otherwise it sounds like a lot of sleepless nights.

We started out with a water bed but never really liked it, especially trying to roll out of bed when I was pregnant.

How funny! I have purchased a new mattress three times in my married life. The last time hubby rolled and tumbled and pulled off sheets in his semi-sleep trying to find THE spot.

I have mentioned a new mattress since ours is rather old now but there are no discussions. Hubby is not changing again!

Her yard is very photogenic. We went through several mattress before getting the "Select Comfort". It let us each have the firmness we wanted. My husband always had a bad back and many surgeries. We even had one custom made with a steel frame for support. I still have it in a guest room. There's no way that one will ever sag!

I need a new mattress too but there's too many choices! Maybe just putting the memory foam on the old one, like some people mentioned, is the way to go.

Hope you get used to the new bed soon. I do like my water bed - especially in winter when it is always warm and cosy - if sloshy!

Very nice pics. I never liked water beds, they always seem to hurt my back.

When we stayed at La Quinta hotel last weekend we both slept better than we had in years. I found out that all of their beds are Simmons Beautyrest beds and we can order one (from the factory) delivered and set up for $1449. YIKES! Neither of us have slept well since then :( I think we will try the memory foam thing first. If that fails I will have to come up with the money for the Beautyrest!
A good nights sleep is worth a great deal!!!
The Duchess

Gosh, I know the bed thing tooooo well. I had a lot of trouble finding a bed I could sleep on; even got a brand new one that felt good in the store, but then I was waking up with backaches every morning. Poor hubby had to shell out another thousand or more 2 months later because I couldn't stand it. Luckily, we have a store called "Sleepy's" which had this diagnostic bed you lie in; it gives you a reading about how firm or soft or whatever would be good. When my hubby and I each tried it, I was a 3-4 and he was a 2-3, so we looked for a "3"--which we had not considered before--and it has been perfect.
I hope your bed works out for you (or there's a money-back guarantee!)