My Cousin Leann gave me a Bible that she found when going through her Mom's belongings... it belonged to my Uncle Hugo. 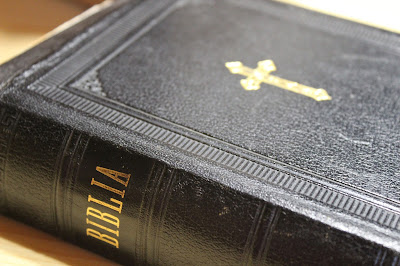 Uncle Hugo's name is in the front cover and his Honorable Discharge Papers are inside along with an  Itasca Mantrap membership paper.  I scanned the discharge papers and put them up at Find A Grave.

I also showed the Bible and papers to my Dad.

My Uncle had no children of his own.  However he and my Aunt  Mia (she was married before)  raised a grandson.  It was a really sad situation...there was a tragic death in the family from which the parents never recovered enough to care for a baby.  So he was raised by his Grandparents who he viewed as his Mother and Father.  They loved him very much.

Since the grandson has an unusual name I was able to locate him.  I found his email and his home address.  When the email went unanswered I sent a letter.  Soon after that we were able to connect. 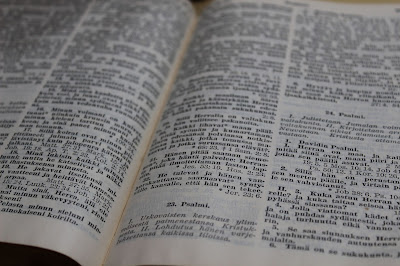 The Bible is in Finnish.

As it turns out he is a very successful Law Enforcement Officer, has four children and two grandchildren.

So it all has a good ending...the Bible was mailed on Monday.

For some reason the Bible sitting on my desk really bothered me...I was so happy to mail it...it was like something was telling me to hurry along!