We finally got a bit of sun, probably won't last long ...the S word is in the forecast.   It is not my fault either...I was tempted to put the snow shovels away...but I didn't want to tempt fate.

Far Guy changed oil and the oil filter on my lawn mower...so it is ready to go!

My baby brother, his bride and Baxter visited with us in the afternoon.  Baxter has sure grown while he was gone...I will take some photos of the cute little bugger soon.

I caught up on laundry, cleaned the bathroom and in the evening we watched the miserable Hockey Championship.

I worked on some of the May Baskets while watching the miserable game.  St Cloud lost. 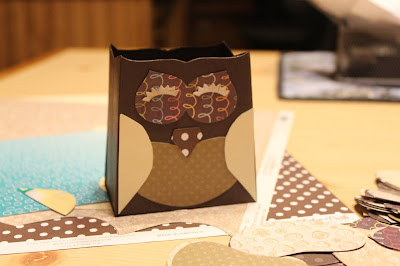 The other day when we were out and about we watched for protesters ...didn't see any but heard there was a bunch of arrests.  I am sure they were out by the next day... 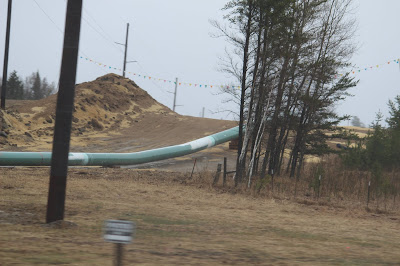 This is Line 3 that will carry oil from Canada to Lake Superior.   It replaces an older line and will be safer than the old line.

In other news I heard that a major highway will be closed all summer because they are putting buggy lanes in.   Making it safer for the people who use horse drawn buggies.