Sunshine can be a shovel

The snow is melting off the patio...I didn't shovel the patio as this last snow was really heavy.  Sunshine was my shovel!  We may have more snow coming soon...perhaps it will go south of us and get the banana belt of Minnesota.

I worked in the kitchen most of the day...12 of 17 drawers have been cleaned and a bunch of cupboards.  Not sure that I will get the entire kitchen done by Tuesday...we will see.  I am not holding my breath!

By 3PM I was shot and went to my office on the couch and watched the second season of Virgin River...I liked the first season very much and have been waiting to watch the second season...a reward after cleaning works for me!  I give the Series a 9 out of 10 stars.

Far Guy went for a walk several times and worked on his carvings. 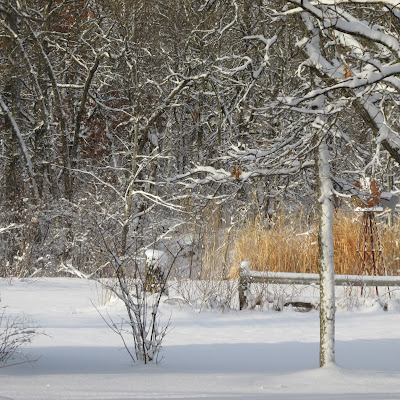