We figured we would just kinda hang out yesterday. Ended up making two trips to town...ordered some stocking stuffers and misc stuff and could not get suet for the birds...ordered that from another place to pick up later in the day.  Lots of people in town Main Street was packed.

We always have deep conversations while in the car.

How much was an issue of Grit back in the day.  Was it weekly? yes... Far Guy says he was almost a Grit Delivery Boy but  he had to be gone for the summer so that didn't work out for him.

The conversation turned to other Newspaper Delivery Boys like the one who showed up at our home in North Moorhead every Friday night to collect.  Far Guy said his friend Danny delivered for the Star Tribune and got in big trouble when he spent all the money on some kind of candy that was in a chocolate cup that had a paper square with points on that you could collect...and Danny had a big box full...was that Valomilk??  or some other candy...??

Anyways I recall reading Grit from front to back sometimes more than once before the next issue came.  I read where in the 1960's it cost 20 cents and the sales boy got to keep 7 cents.  On the application it says are you a boy?   How sexist is that?  As if girls couldn't sell as well as boys. 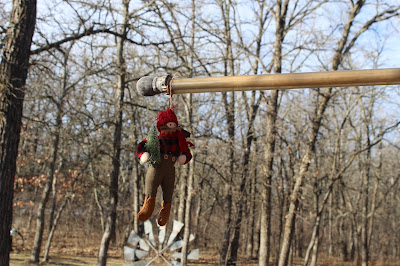 Ha! It looks like Jinx is standing on the windmill blades when in fact he is hanging around waiting for the flag . 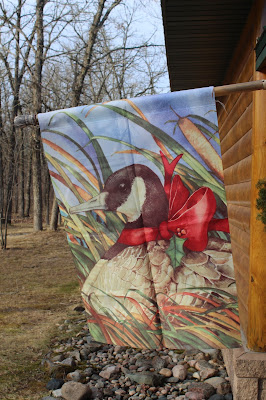 So much for our exciting day.

Update: The candy was Mallow Cups, they came with a cardboard piece that could be saved up for more candy. Far Guy says "A five cent coupon now sells for ten dollars on ebay."

My husband always tells the story about when he got a job as a paperboy. He thought the money he collected was his pay. He took all his friends to the arcade. I suppose that was probably his first and last day as a paperboy!

Sounds like our conversations. We were watching the news and a commercial came on for a certain oven type object. We were comparing notes and quality of the product when we realized we had watched 10 minutes of an infomercial!

One of my brothers delivered Grit, but the big money maker at our house was the Cleveland Plain Dealer. My brothers (because they were boys, you know) got up early on school days and delivered the route on bicycles before coming home for breakfast. On Sundays, the route of four times as big. It would take them several trips with a wagon. Sundays with holiday ads were the worst. At one point they convinced my dad to drive the route - filling my mother's VW bug with papers from floor to ceiling, as well as the tiny trunk. When they got enough papers delivered, they could ride inside.

Grit newspaper! Loved it. Read it all the time. My brother (aka A Percussionist's Notebook) and I thought about writing our own country newspaper and selling it to our neighbors. We would deliver it on our bicycles. As usual with many of our schemes, it didn't work out. Both of us had terrible handwriting and we didn't have a typewriter!

I loved the Grit, especially reading the recipes. A shame we don't have something similar today.💖

My brother sold Grit back in the 1960s. Rode his bicycle to deliver it as we did not have a car. Thanks for bringing back memories of those childhood days.
Have a blessed day!

I can't wait to see what Jinx gets into next! We have conversations sometimes about the old days or the what he can recall days. We make up things about each other a lot and then we ask Charlie for his opinion.
Two old farts alone on a farm!
What a hoot!
Enjoy!

I loved Grit. I too would read it front to back. My paternal Grandmother took the paper and when she was done would give it to me to read.

Not so many newspapers these days for boys or girls to deliver. :(

I never heard of Grit. Now I'm going off to research whatever it was that I missed! :-)

I haven't seen a young person deliver papers in years. It's always someone in a truck or car. Not many people are even getting the paper anymore and it's down to a very slim bundle.
We have some of those deep conversations too. They are the best!
Blessings,
Betsy

I remember my dad received Grit in the mail, I think I read it once. He usually took it to work with him to read during breaks. Jerry and I have *deep conversations* in the car too lol. One day we talked about old commercials, like the Geritol one from 1972 about the energetic wife (who did so much during the day because she took Geritol) and the husband said, "My wife, I think I'll keep her." Lots of people (including the women's lib movement) thought it was sexist, but I thought it was kinda cute lol.

Jinx is certainly an imp! He'd best watch out for those windmill blades.

My daughter had a paper route delivering the local newspaper and flyers when she was about 10 or 11. I would help her occasionally especially when it came to collection because some folks weren't polite to her. One time, I was bitten by a dog and had to have several stitches as well as antibiotics. My bite wasn't too severe, but the next person wasn't as lucky. The meter man nearly lost his hand and the dog had to be destroyed.

I remember Mallo Bars. I don't remember the cardboard pieces though. My mom had a friend who got the Grit and she passed them to us when she was finished reading them. We often play the "Do you remember" game in the car too.

Gosh I remember the old candies! You can still buy Valomilk but I have not see the Mallow Cups recently. Cracker Barrel sells some of the old style candy.

I once knew someone that used to sell Grit as a child. I had never seen the application. That is sexist but then a lot of things were in those days!

That Jinx is sure getting into mischief. He better be careful or he'll hang himself like that! I can't wait to see where he ends up next!

Ahhh I remember the days of newspaper delivery - in fact my brother (and Mom and me) did that for a while as well back in the day. When you went outside, read newspapers and knew your neighbors. Sigh.

I guess because I'm Canadian I have no idea what kind of a paper Grit was and no clue what Valomilk is (or was). Although I see that DJan has no idea about Grit either.
When I read that you and FarGuy discussed Grit I thought you were talking about grit as in chicken feed.

This made me think of when the paper boy would come round in the afternoon with t he afternoon paper.

I delivered papers in my mid sixties. It was fun, By that time we didn't have to do any collecting. It was a fun job as most of the people around here are retired so I had many visits.

I couldn't figure out what you were talking about with the Grit newspaper or magazine. I never heard of it before. I have heard of mallow cups though...I loved those! That Jinx...he sure keeps you hoppin'. Love your flag! Take good care you 2.

Looks like Jinx is out cutting his Christmas tree. I have never seen Grit but your story reminded me of the paper boy who always collected for the paper on Saturday night. He always came to the door when we were eating dinner much to my mother’s annoyance. And it was always a scramble to find the right change while dinner got cold. That’s an job that has gone by the wayside.

There's a magazine called Grit...is that the same?

Almost looked like Jinx was gonners in that photo...glad to hear he was only hanging around!