Fall is not Far Guys favorite time of year...for him Fall always meant school started and he had to settle down into a routine so different from his summer activities.

I don't mind Fall so much...it is better than winter.

I tackled some indoor housekeeping duties before heading outside. It had been awhile since I scrubbed the furnace room and kitchen floors...Far Guy runs Dracula every day....maybe we need a scrubbing Dracula.   (Dracula is Far Guy's robot vacuum...it is black and sunshine confuses it...and sometimes I wake up in the nighttime and it is running around the house cleaning)

The smoke that was high in the atmosphere from the West Coast fires moved on out with the cold front that came in this afternoon...it was nice to see blue sky again. 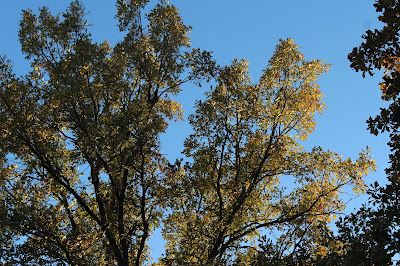 I did all kind of odd and ends outside...some things on my list and some just discovered.

After supper (Philly Cheesesteak and salad) I went for a short ride. 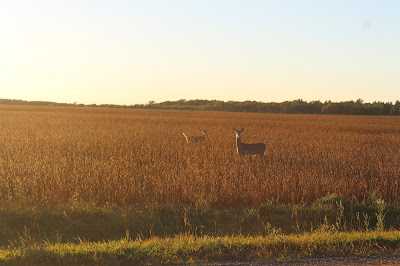 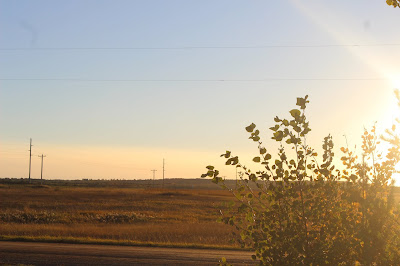 Almost sunset...it was getting real chilly so I did not stay out for sunset.  It will probably freeze again soon.

I saw a Wooly Bear Caterpillar...it was almost totally black. If the old folklore is to believed that signals a long cold full of snow winter.  I think I will keep my eyes open for one that has only a few segments of black...