Today is the day, 67 years ago Far Guy was born.  He was a “blue baby” now we know what that means.  It was the first sign  that he had Alpha One Antitrypsin Deficiency. Back then they didn’t know about such things and just called him a “blue baby.” 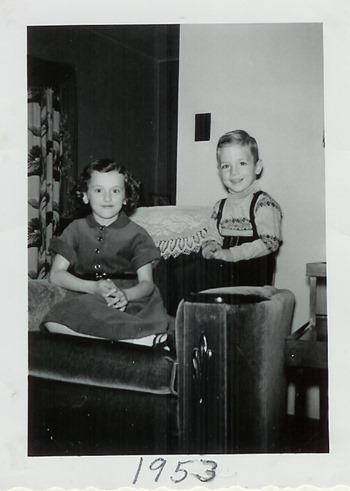 Don’t let the sweet smile fool you…he was a handful.  Typical boy into everything and had to try everything at least once or twice.  He often wishes that he had the Lionel train cars that were sacrificed for small explosions(Firecrackers) and those that were set on fire in the basement.

His Mom used to make him a birthday dinner, he always asked for shrimp, there was a french fryer in the basement  especially for french fries or shrimp. She would make him some kind of orange sherbet dessert…it was spread in a pan and put in the freezer until it was served…brownies with hard (boiled chocolate) frosting was another of her birthday specialties.

I asked him to do a photo shoot with Chance. 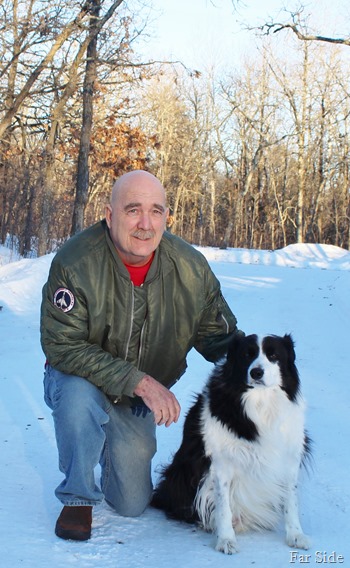 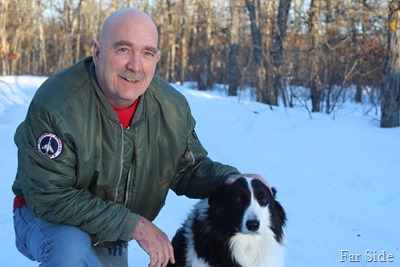 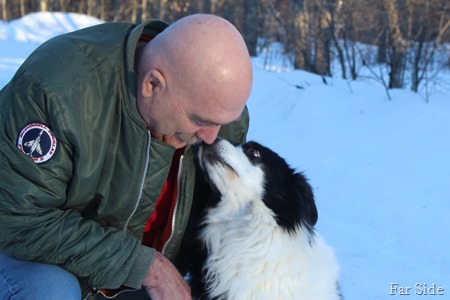 All together say awwwww

Happy Birthday to our best friend!

Happy Birthday to Far Guy! Love the pictures with Chance, especially the kissing one.

Happy Birthday Far Guy! Hope there are many more to come. Love the photo shoot, Awwwwwwww

Have a great day, Far Guy.

Happy birthday, Far Guy! You and Chance are definitely pals, handsome ones at that. :-)

Happy Birthday Far Guy! Have a good one. Sharon

Awesome pictures of two handsome guys!!! Praising God to be able to celebrate another year of the day God shared FG with those on Earth!!!

Happy Birthday, FarGuy! Your eyes still sparkle and still have mischief in them. Enjoy your day.

Happy birthday and many, many more.

Happy birthday Far Guy. Many blue babies did not survive. My brother was a blue baby born in the old farmhouse. He survived when the old doc gave him artificial expiration.

Curtains in My Tree said...

Another Happy Birthday to the Far Guy. Any guy that loves dogs is a great guy in my book

Happy Birthday to Far Guy! I had forgotten about that term "blue baby." Hope you both have a great day!
xo
Lynn

Happy Birthday Far Guy! And MANY MANY more!

A great big HAPPY BIRTHDAY!!! Hope this year is the best one ever.

Happy birthday, Far Guy!! Great pics of you and Chance.

1950 was a very good year for us. Happy Birthday Far Guy.

Happy Cake Day to the Far Guy! Hope it was a good one.

Happy birthday Far Guy! Hope you have a good year.

Happy Birthday to the love of your life.

I enjoyed the memories from FG's childhood and the photos of FG and Chance are GREAT! Hope he had a fantastic day!

Happy Belated Birthday....I swear, if I miss a few days I miss a lot! I hope you had a great day with your "besties"! (Oh, those poor trains!)LOL!