Paige: Hockey and On a Stick

Last night we attended Paige’s last Hockey Game of the regular season.  There will be some play off games in the coming weeks.  She is tied with the record holder in her High School for the most goals in a season in Girls Varsity Hockey. 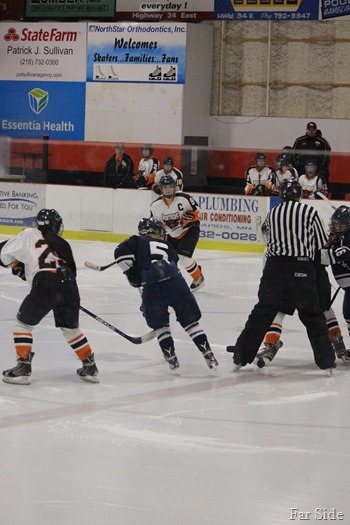 Paige is number 5 who ever gets that number next has some big skates to fill. 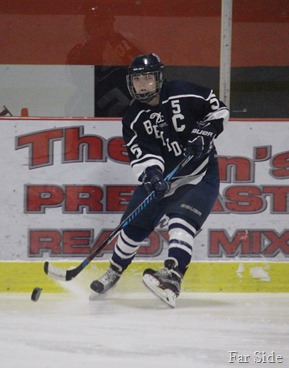 It was a good game and Paige’s team won.  She skated hard and handled the puck well. 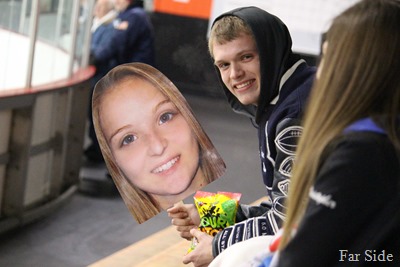 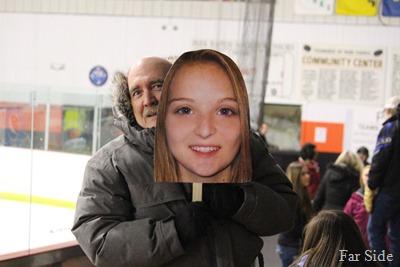 Far Guy and Paige on a stick 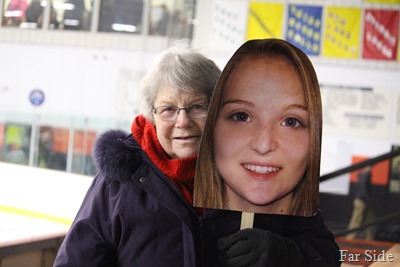 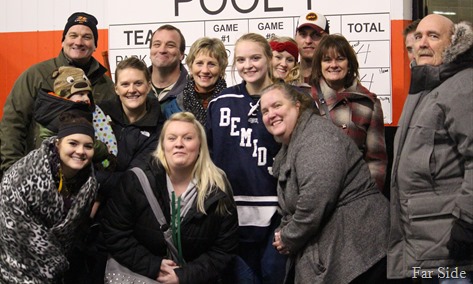 Paige and her Parents, Grandfather, Uncles, Aunts, Sister and Cousins.

My other baby brother and his wife were also there to watch Paige play.  My Dad stayed at home, he was not feeling up to attending the game. It was a cold damp night and hockey arenas are cold places to spend an evening.

Great job Paige! I enjoyed the photos so much. Love the signs! Hope your dad feels better soon.

Congrats to Paige on tying the record! And kudos to the cheering section for all those hours watching in a cold ice arena! I always prayed my kids wouldn't want to play hockey because of that. Fortunately they both chose volleyball, a nice warm spectator sport.

Look at all that love and support! Great family photo. Way to go Paige! Good luck in the playoffs!

She is a very talented young woman. I look forward to hearing what she goes on to accomplish. And I forgot to mention how much I love the February header. :-)

You go girl! Trying to remember....Lumberjacks. :)

You must be so proud! Way to go Paige!

Paige on a stick, how cute. Great to have loving family cheer you on.
(I have just about forgot how to cook,if he stops we may starve.)

Paige has what every player needs...lots of support.

Paige looks professional! Bet she appreciated having so many family members there cheering her on. That's so good. She sure is cute too.

I want to try your recipe for the cleaning product (last post). It sounds good. Thank you!

Good for her that's awesome . I used to play hockey when I was younger cant now bad knees lol ! Lovely post and photos .Thanks for sharing , Have a good weekend !

Hockey os certainly a family affair there in your neck of the woods.

Awesome Paige! Congratulations! And look at all those adoring fans! You definitely have a "winning" family...love Paige on a stick too! I think I'll do that for my grands.....and they can have Grandma on a stick for Valentines Day! LOL! In your case it should have been a little hockey stick!