Last summer we were having issues with our Internet Connection that used the bottom part of our phone line.  Far Guy was having problems watching his music videos online.  We needed to upgrade, I called our provider and the service that we had could not be speeded up..so they suggested a Fiber Optic Connection. The work was done before freeze up..the line had to be dug in and brought over to the house.

Finally Monday morning a young man came to change our hookup..after much fussing and farting around he declared it done.  It seemed to work…until I noticed that my computer was intermittently losing the signal.  ( Everything is supposed to be wireless.)

I spoke with the help desk many times..they ran connection tests.  We rebooted and reset..and waited overnight.  To make everything worse they put all the “stuff” the router and a power box high on a shelf in the utility room..the shelf is about 7 feet tall.   Every time something had to be checked Far Guy had to stand on a stool and lean over the top of the pressure tank behind the stacked washer and dryer..it was not fun.

The next day, Tuesday I could not send an email without timing out.  I was DISGUSTED.  By this time I have spoken to everyone at the help desk..I am sure they thought I was nuts as everything on their end looked good.

Finally they said they wanted to run a test..and I was to hook up the laptop directly to their cable and a test would run for two hours.  FINE.  I charged up the laptop..Far Guy put the laptop on top of the stacked washer dryer and teetered on his step stool to put in all the proper codes.  THEN the tech guy said it would have to run for 24 hours and if we wanted to use the Internet to just use the laptop.  ( I could not see myself with my chin on the washer dryer peeking at the screen to type anything. )

I called them yet again and said what in the world are we trying to find out anyway..they said we want to see if your router is the problem..we have to isolate the problem.  I said fine run your stupid test I am going to Wally World to buy a new router.  So we did and hooked it up all by ourselves..and had a perfect signal.   Far Guy and I are computer geniuses..at least we must be because the problem was solved.

The install guy should have seen/known that our router was not large enough or powerful enough to handle the signal.

When you call and email the help desk..they should just assign your case to one person..I was sick and tired of explaining everything to Jose, Tim and Evan..I sent them several emails..and phoned many times..I am sure they shuddered every time they found it was me again with a complaint.

I called them after the install of the new router when everything was working hunky dory..and told them what the problem was so perhaps the next person will be spared some aggravation.

I was so stressed out on Tuesday night..I slept for nine hours straight without waking up once.  Stress exhausts me and that is the way my body deals with it.

I absolutely hate it when something is supposed to work and it doesn’t.  So far, so good we have had a couple of great connection days so hopefully we can put all the new connection hassle behind us:) 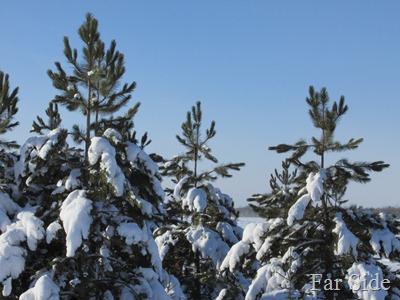 I hope your internet problems are over. I enjoy your daily blogs.

You sound just like me. When I get something new I expect it to work . And calling the "helpless" desk really aggravates me to no end. They don't know squat. Being shuffled around from person to person is why I changed auto insurance companies. I may pay more but at least if I call I get the same person every time. Good luck with your internet. You and Far Guy are much smarter than you think.

There is nothing more frustrating. Glad you two computer whizzes figured it out. Perhaps you should start up a new business? NOT!! Enjoy your day of 'puting'

You got ahold of a bunch of incompetents is what that is. No router test runs for 2 hours much less 24. That is why I am so thrilled I have internet with a LOCAL company and they are amazingly helpful every time I call.

It is a sad fact that most help desks are where the new people start out, especially the swing and night shift. In most companies, it is not a desirable position and they have a hard time keeping good folks there, they are always looking to get away from that job and get a "better" one in the company, one that usually pays more. Take if from one who knows, it it no fun dealing with irate customers all day (or night) long either. Usually by the time they bounce around the phone tree, pushing 1 or whatever, for 10 minutes or so, they are spitting nails and it takes a while to get them calmed down so you can work on the problem.

We have a local company also..just 40 miles away with branch offices 15 miles away. Can't get more local than that:)

I'm with Linda, and am going to call it the helpless desk from now on...thank goodness all of the customer service people I have dealt with are calm, and polite....they have always been wonderful.

But I hear you, it's frustrating to know that something brandnew doesn't work right..

Glad to hear that you got your internet back, I know how important it is, lol.

It's enough to make you go back to paper, pencil, and the US mail, isn't it? Stay warm!

I feel your frustration. The help desk should be the most important position in the company. Glad you two computer geniuses sorted it all out:)

Oh ya, I feel how frustrating that can be....makes me crazy,...Good Luck, Francine.

I'm so glad, so far (Knock on wood) that things are working!

Into every life a little rain will fall. In your case it was a downpour. It seems that there are many simple problems that take a tremendous amount of your time and effort when it should be the jerks who installed stuff spending their time coming up with a solution.

Did you put your new router in a spot away from all of that metal interference? The guy who installed it should have known better.
My hubby would never have put it there.

Glad you figured it out yourself. Congratulations! \:D/

Hi Linda G, It is as far up on the shelf as it can be without hitting the ceiling. They told us that they always put them in the utility room..so that is where it went:)

You know, we expect these guys to know stuff, partly because it's their JOB, but they are usually not as knowledgeable as the users themselves. So glad you figured it out and got yourself a new router. I would sure miss you if you weren't in my everyday life! :-)