We had a lovely gathering/party. 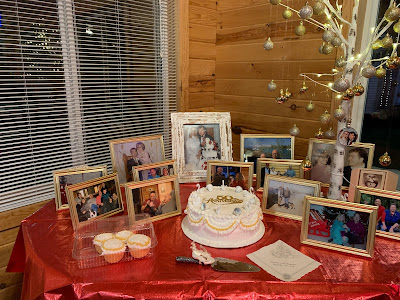 We gathered at a favorite eating establishment in the boonies. 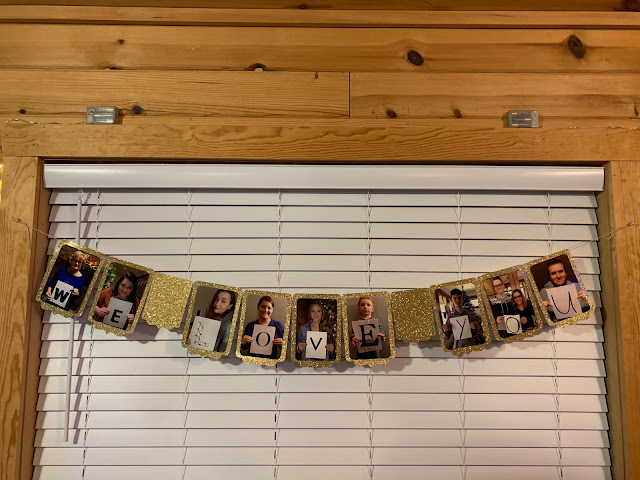 The message is clear ...we are loved by many special people.

Our youngest daughter did a wonderful job with the decorations and preparations for the party all we did was show up!
Son In Law Andy was the MC of the Trivia Game..Who were the best man and maid of honor?  How large was their first home?  Where did they go to school and what were their majors?  Name their four Shetland Sheepdogs?  Name the grandchildren from shortest to tallest?  How many States have they lived in?  What kind of car did Far Guy say he should have never sold; model , make, year and color?   Which ride did Far Guy set up on a regular basis during the summers on Merriam's Midway Shows? What did we say was our greatest accomplishment?   Share a story...and they did.