The first a elderly 96 year old neighbor.  I have known him ever since I can remember.  I used to babysit for his two granddaughters.  His son died earlier this year...the father of those little girls.  I am certain this loss hits those girls doubly hard.   He spoke of those granddaughters fondly every time we saw him. 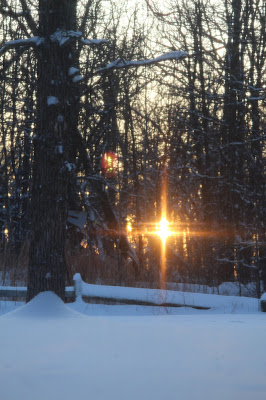 My cousin Lisa's son in law (age 30) was in the terrible National Guard Helicopter crash here in Minnesota last week.  He leaves behind a wife, daughter and another child due in February.  All three young men aboard the helicopter  died.  Such sadness for many families in Minnesota.    My cousin said  "The support of prayers, visits, calls and generosity of so many people is incredible. We're assured that God is faithful and will never leave us or forsake us because he is our help and strength." 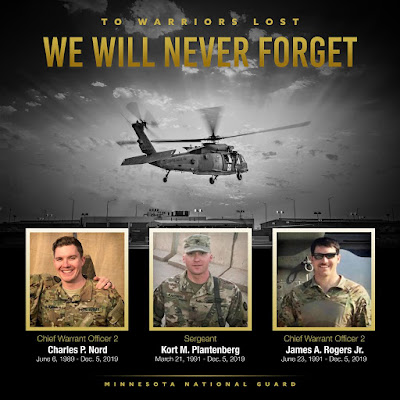 I know my cousin must have some moments of feeling helpless... there is no way she can shield her daughter and granddaughter from this heartache.

"And we know that in all things God works for the good of those who love him, who have been called according to his purpose."  Romans 8:28
Posted by Far Side of Fifty at 3:00 AM