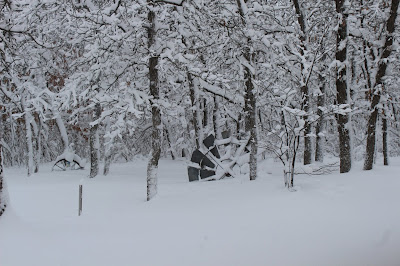 The morning began with a phone call from my other baby brother...my Dad was having issues he couldn't see or breathe.  Mom called the ambulance.  Mom could not open the front door on account of the snow so the ambulance attendants had to shovel their way in.  Dad's heart was in A Fib...in the ER they shocked his heart and he converted and by the time my brothers and I got to the hospital on really crummy roads Dad was better.  They kept him awhile and then got him up to walk around and sent him home.  This is my Dad's second bout with A fib....Christmas several years ago he had another episode.  Anyways my sister in laws shoveled at my parents house and my other baby brother got someone to plow their yard and we got them all settled in again before coming home.

On the way home I got a text from Miss Paige...her Mom (our oldest daughter) was taken to the hospital.  Paige reported back that her Moms vitals were good and she would be okay but they were going to admit her to the hospital.  We tried to take her to the ER or the walk in Clinic on Friday but she refused to go.  She has a multitude of health issues.  The roads are too bad from the ongoing snowstorm  to go up North right now.

So anyways it was a no fun day...but no one died. 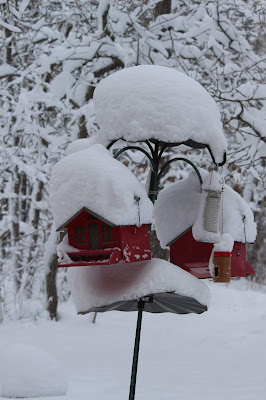