Ah tweens..their moods are as variable as shifting sands in the desert.  Hormones..gone whacky..causing some tweens to sleep and grow taller all at the same time.

Noah takes guitar lessons every week.  He practices..he has been getting ready for “ a jam.”  I suppose if it were a piano it would be called a recital..but it is a guitar so it is called a jam. 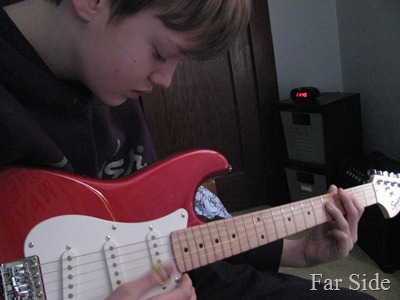 I went up to his room..knocked on the door and he let me in to watch him practice.  He confided in me that he was real tired of playing the same piece of music over and over.  He got his full set of braces last Thursday.  His mouth is sore..he is tired..he had strep throat last week too..I told his Mother that I think he may have mono.

The show must go on. 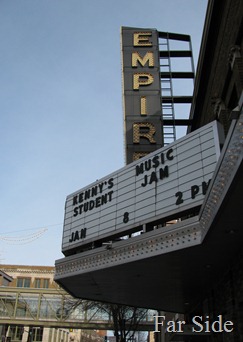 I hoped he would be number two or three or five..but he ended up being tenth.  Way too much time to think. 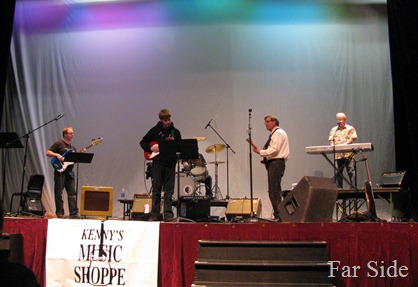 Noah did great..he played Sweet Child o’ Mine..a piece that I had never heard before…something from the 1980’s.   The old guys on stage did a marvelous job accompanying all the students as they played…most of the music was from the 1950’s and 1960’s.

I was very proud of Noah.  He followed through..and even smiled a couple of times during his performance.

I was proud also of his parents for not caving in..they were supportive and encouraging and firm.

I could never have done anything like that when I was twelve.  I was way too shy. So Rock On Noah! :)