The little town of Bovey is famous. You have probably seen the famous photo/painting and didn’t even realize that it was The State Photograph of Minnesota.  I knew about the painting..I have seen it many times. I just didn’t know the story.. 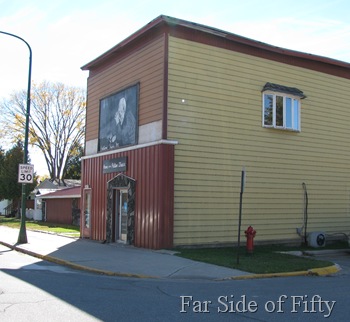 Sometime in 1918 a peddler by the name of Charles Wilden posed for a photographer by the name of Enstrom.  The photo was of an old man praying, it was meant to capture the simple things that we could be thankful for instead of pining away for the things that we didn’t have.  In the photo are a Enstrom Family book, spectacles, a bowl of gruel, a loaf of bread and a knife, and of course the elderly gentleman praying.  The photo was made into a painting and Enstrom put one in the window of his studio in Bovey, and every time he sold one he painted another.  The photo was named “Grace.” 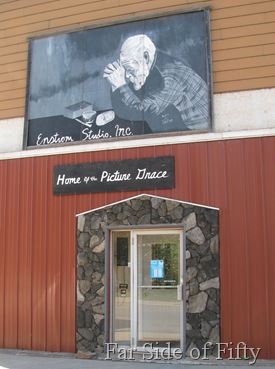 Now if you listen to the locals in Bovey..they put their own spin on this story.   The elderly  gentleman, possibly a hobo was nicknamed a “Swamp Angel” he came into town one day, got a shave and a haircut, bought a new shirt and had his photo taken.  Then he disappeared back into the swamp..never to be seen again:)

Thank you for your kind comments and prayers for Trica, we appreciate them.  She was released from the hospital and returned to her home yesterday afternoon.

I am thankful that Trica is home but yet I know you all have many unanswered questions still. I continue to pray.

This is interesting about the painting. I've seen it all my life but never knew the history.

Considering the homes I've seen this painting in, I get that it is the Minnesota State Photo!

Nice to know the story behind it.

We don't need gobs to be thankful eh?

This was one of my mother's favorite pictures. Another has a woman praying and she is facing the other direction.

May Trica regain her strength and recovery completely at home.

I'm so glad Trica is home and doing better. However, I agree with Mildred and will continue to pray.

The story of the painting is interesting. It is just what I needed today!

Interesting story.... hope that Trica is getting to feel better and that some answers are around the next bend.

Very interesting story. I've seen that painting many times--or maybe many versions and I had no idea.

Glad Trica is home. Hope she stays well and happy!! :)

So glad to hear Tricia is well enough to leave the hospital and pray there will be no more health scares. I know Chance is glad everything is back to normal.
Very interesting about the painting. It reminds me of something from the Norman Rockwell Collection.

Thanks for the background of that well known picture. I had no idea that we had a State Photo here in MN, much less that beautiful one.
So glad that Trica is back home and I hope that the medical people will find out what caused that scary episode.

I've seen copies of that painting all my life. I've never really cared for it. But maybe it's just because it's ubiquitous.

You always tell great stories behind the pictures, I truly enjoyed this one too.

I to will continue prayers for dear Trica. I'm thrilled she was released but very concerned there was not explanation for the incident.

God bless you sweetie and have yourself a beautiful 'fall' weekend.

My mums greeted me at the back door this morn' in full bloom! :o)

Hurray - so glad to hear she's back home.

What a marvellous painting!

I am glad she is better. The mystery of what happened will be buried with the wonderful thing that the body can sometimes just heal itself. I am glad she is better.
My wife was asked to do a drawing of the praying man, but she wouldn't do it exactly. She changed it and some of the features so as not to be giving them a perfect copy. I had forgotten it was from Bovey. They wanted it done as a pencil drawing.

Thanks for the story on this painting.

Glad to hear your daughter has been released. I hope you get some answers soon. If that hospital does not give you answers, maybe she should think about going to the Mayo in Rochester? They have been good to my sister in law.
Continued prayers for you and your family.

Boy, a lot has happened since I was here last. I hope all is well with Tricia. Sounds like you and your family have been going through a very stressful time. Please keep us posted.

What a stressful week it has been for you. I am so glad to hear that Trica is better and at home.
I hope this mystery is solved soon so that it never happens again. She remains in my prayers.

I remember this hanging in my Grandmas house..when I was a kid. I have one now hanging in our dining room and one at the cabin! This is my favorite picture ever.

Thanks for the story! Hope Trica gets better soon and all guestions are answered!

one of my best friends has that painting in her dining room. too cool to know the story.