May was  a month!

Hey Mikey had a birthday!  He is three now!  The terrible twos are behind him now. 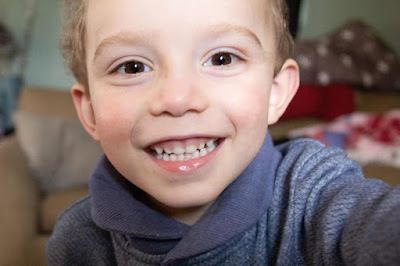 He has his Mamas eyes!  Maddie reports he is working on his colors and numbers...he keeps saying he is four not three...

Jonas the Foreign Exchange Student from Belgium headed home.  I took one last photo of him in his new boots.  I said "You will have to wear them on the plane because they take up lots of room in the suitcase."  He has been living with Jen, Andy and Adam the past nine months. 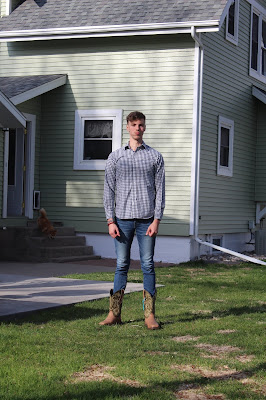 Far Guys big sister had one of those milestone birthdays. 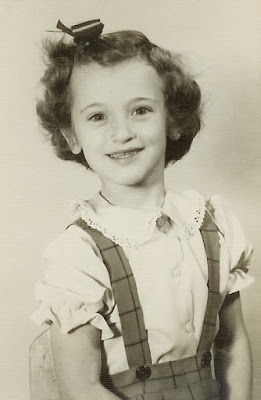 This photo was taken 69 years ago when she was 6 years old...you can do the math.  She is still doing chemo treatments for breast cancer.  The first chemo treatments were real hard on her, the last treatments seem a bit easier on her....not that they are easy just less hard. She has about a month of treatments left and then they will figure out what they are going to do next.

I had the second Shingrix shot on Friday. Cross something off my healthcare list!
I am not as ill as I was with the first one. I have swelling about the size of a softball.   However I did clear my busy schedule for some down time over the weekend.  So far four hour naps are the normal.  I am a good napper.
The shot Nurse was awesome.  I explained Far Guys situation that he is high risk.  So they scheduled me as the first patient in the morning.   I touched nothing except my shoes to the floor...I was taken in almost immediately and ushered out the back door to avoid the waiting room where there was one person.  My regular Doctor works a few days a week out of a very small satellite clinic so  I usually go there to see her...it is a farther drive...but doable.