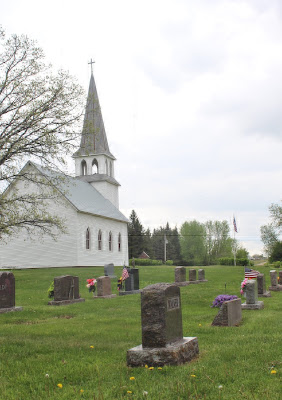 My Uncle Arthur  was killed during the invasion of Italy, he died May 20 1944.  He is buried in The American Sicily-Rome Cemetery In Nettuno Italy.  He was 23 years old when he died. 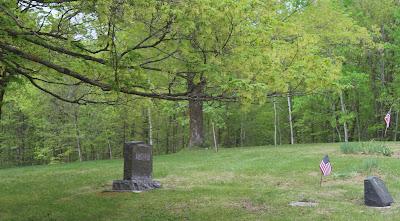 If he had made it home to be buried he would have been buried on this hill in Minnesota.  The first flag in the photo is on my Grandmother's grave because she is a Gold Star Mother.  My Paternal Grandmother was mother to 14 children; 12 boys and 2 girls.  Hugo  and Arthur were in WWII, my Dad, Andrew and Arnold served during the Korean War.  Hugo was injured and spent a long time in Military Hospitals and Arthur never came home.

It is the soldiers that never came back that are honored today.
Far Side