Water Tower Down on Second Street

We got a “heads  up” from one of Far Guy’s classmates that the old water tower in Park Rapids was going to come down. 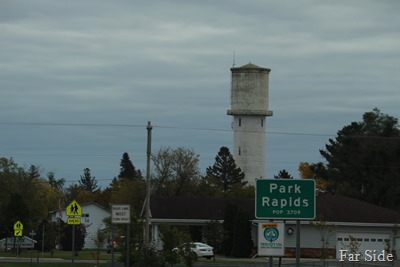 I took a photo on the way into town, we were both relieved that we were not too late.

Far Guy grew up a block away from the water tower.  Who knows how many girls he kissed there!  It was a neighborhood kid gathering place. We found a spot to park just behind Far Guy’s old home place. 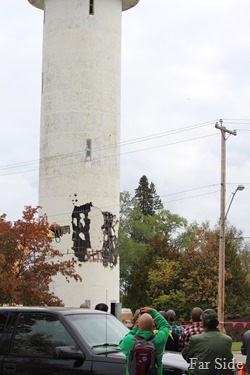 The backhoe was working on it when we got there.  It was very loud.  At one point there was a very large rumbling noise just like it was moaning and groaning and let me tell you the earth shook …but it stayed standing.  I was nervous…Far Guy was too close in my thinking…were they certain it was going to land in the hole and area that they had prepared?

People were coming and going as the backhoe pecked away at the exterior. 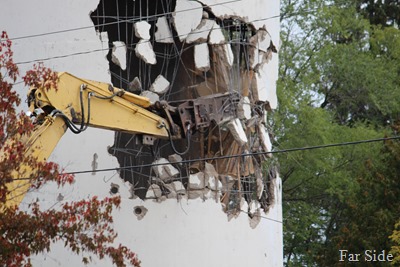 The crowd got larger and larger.  I thought perhaps the Police would move us back farther…but they didn’t.  I was a tad nervous.  What if something went wrong…I stayed back further than everyone else…I have a good camera with a zoom. Far Guy was right up front, every once in a while he would look my way smile and wave.  I know I saw it sway several times and then right herself again.  I asked other people if they saw it…Far Guy said I was seeing things. 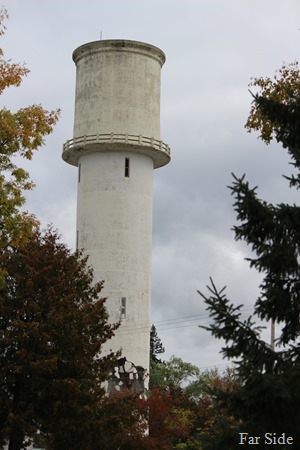 This is one of her last upright moments.  When she started to fall, she fell straight downward and then… 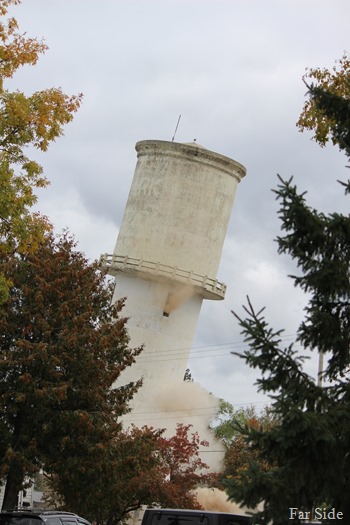 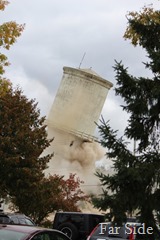 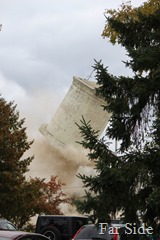 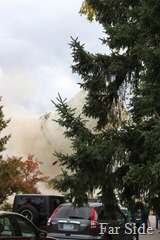 Then there was dust. 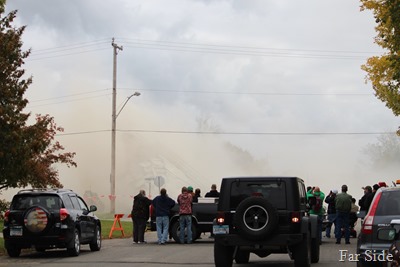 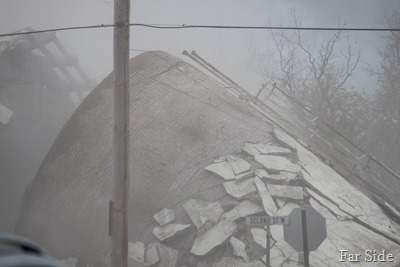 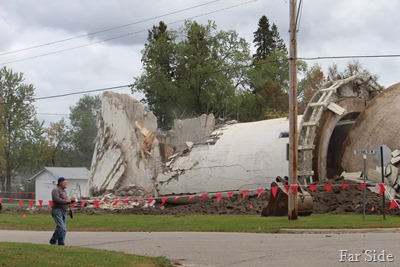 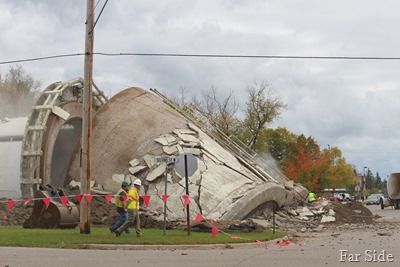 It fell right where those guys said it would….for $86,000 they should be right.  I was glad it fell as planned.

When it fell there was noise… crumbling sounds and cracking and groaning and then a big crash/whoosh and the earth shook.  Chance was in the car and he was fine, another dog in one of the houses started howling and barking.  People cheered when it hit the ground…me not so much…I thought it was sad.

Here is the new skyline view. 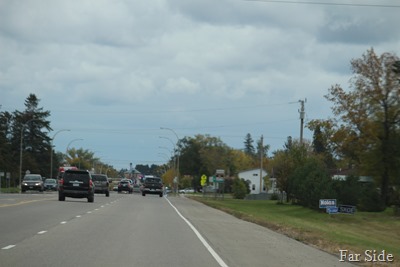