We weep for a child we never knew.  One who went missing near his family home in 1989.  We have been waiting for news of Jacob for 27 years.  Finally this weekend Jacob’s family was notified that his remains were found.  The family can finally put their son to rest, Jacob’s brother and friend can finally go on with their lives. All three boys were told by a man with a gun to lay down in the ditch and tell him their age…he told the other boys to run into the field and not look back or he would shoot them. He took Jacob.

How can this happen in small town Minnesota?  How could this evil man escape law enforcement for 27 years?  He can never be charged with this heinous crime…how can that be?

Jacob was 11 years old.  Jacob’s parents started The Jacob Wetterling Resource Center in his honor, to give others hope that their missing children would be found someday and they were also instrumental in getting laws passed so that Sex Offenders must be registered.

Until now there was always hope that Jacob would be found alive.  Instead his remains were found in a field near Paynesville Minnesota. Such sadness for his family.  His parents will go on with the work of the Foundation to give parents of missing children hope.  Jacob’s hope. 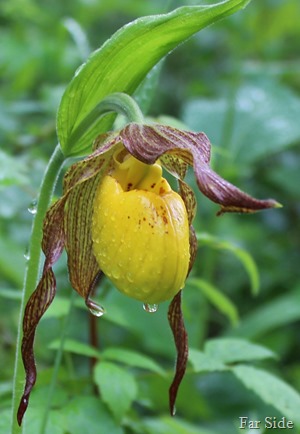 Over the years I often thought about Jacob.  Being a Mom I guess you do that or you pick out some little kids to think about often and pray for even if you don’t know them.

Leeanna (Beaner) Warner was just five years old when she disappeared from her home near Chisholm Minnesota in 2003…perhaps her mysterious disappearance will be solved someday.