All about my first day off

I slept late, it felt great.  Chance and I sent Far Guy off to the museum, it was his volunteer day.

I lounged around in my jammies for a long time.  I returned phone calls that needed my attention. I read until the phone ringing interruptions were too much. I finally got dressed.  I had to leave Chance behind whilst I did some errands, it was way too warm of a day for a black dog to sit in a black car.  I had the dreaded mammogram in the afternoon..owie, I hate that boob smashing machine.  Cross something off the freaking list!

I visited Far Guy and I packed up some more of my office and gave him guidance.  Then I took all the used ink cartridges to the animal shelter, somehow they get money from them.  I took time out to pet some dogs and made some kittens purr.

I went to Walmarts and went up and down every aisle, just because I could.  Yes, I got everything on my list and then some.  Far Guy said maybe unsupervised shopping was not such a good thing!

Came home played ball with Chance, took pictures of my niece’s family and Chance and I ate a late supper.  Far Guy had a long volunteering day, he went straight from the museum to a community activity… that showcased Arts… he was at the woodcarver’s display table.

I think I have turned the corner with my cold…maybe.

I am reading my Trixie Belden book.  I began reading that series of books when I was about 10 years old.   I saved up to buy books. ( I used to get 25 cents a week during the summer from my Dad if I behaved and helped out during the week, and $1.00 for every A on my report card during the school year.)    Then when we would go to Woolworth’s ( A five and dime store) in Detroit Lakes I would pick out a Trixie Belden book…they were usually .99  or 1.09  plus tax.  I found out that 39 books were published in the Trixie Belden Series from 1948 to 1986.…and the first ones I bought were called a Cello or “glossy” because of the glossy cellophane that was adhered to the book jacket.  I am certain I wrote my name in all the books I purchased, every time I open one in an antique shop I wonder as I open the front cover was it one of mine?  I paid $3.00 for this one…and so far I have gotten $3.00 worth of enjoyment:) 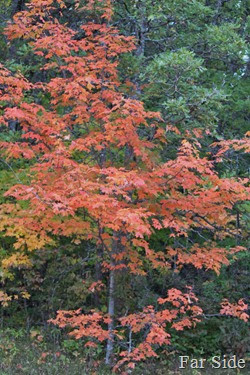 Labels: Just Me being Me, Reading

Sounds like a wonderful day! You sure deserve it!

Way to go Connie, sounds like you spent a great day off. Happy Reading, Francine. (love the picture)

Finally! You have definitely turned the corner, and your post reflects your up mood. Nice day you had! :-)

Glad the mammo is off the to-do list. Otherwise, sounds like a nice day. I also love the Betsy-Tacy book series that I read as a child. Wouldn't it be great, if you ran across a book with your name? Hope you continue to feel better. John and I have very sore throats and congestion. Hopefully it is allergies.

Sounds like you're feeling free and enjoying it. I think it's far healthier to follow your own natural rhythm if you can. Have fun.

I had a mammo last week and I agree it is no fun. I am glad you are enjoying your time off.

I always wonder why the x-ray technician says don't breathe? Who could breathe when you're getting so squished!

I think you're definitely enjoying the hiatus!

Oh I remember Woolworths- and Trixie Belden! I used to read every Trixie book I could get my hands on. As children, we lived out in the sticks so Mom signed us up with a mail order lending library; each child (there were at least 6 of us old enough to read) could order 5 books. Mine were always horse books! Or mysteries, like Nancy Drew and the Hardy Boys. Did you ever read Enid Blighton's books?

It sounds like you had a very good first day off, except for the boob smashing. I used to love going to Woolworths.
Glad you are beginning to feel better.

I've actually found a couple of my childhood books at Used Book stores - freaky as well as fun.

Glad to hear you are feeling better.

I'm always amazed at how much you get done in a day whether you're at work or home. that makes life interesting.

Sounds like a very busy first day! Hope you'll take it easy and have another jammie day soon.

Glad to hear you're feeling a little better. Hope it continues.
If I want to get everything on my list, I have to go without my hubby because he rushes through the store and doesn't like every aisle.
Have a great Sunday!

I always loved the huge long trip to Grand Junction. Then the very wonderful visit to Woolworths! My most favorite of all stores!

I'm so glad you are starting to feel better. Better is a good thing to feel!

What a wonderful first day off! Well, except for the boob smashing.
Never heard of those books. But I saved up the same allowance (25 cents) and the same dollar for every A on my report card and bought books at school. I can't remember the name of the program, but we got little catalogs and could buy books each month. Most of them were 25-50 cents. I bought every book they had on animals--Call of The Wild, Black Beauty, etc--and books on space and anatomy and science. I was a tomboy and not interested in the girly books--LOL! ;)

You are so organized and motivated! Getting your mammogram on your first day off...amazing. Unsupervised shopping, on the other hand, is the perfect therapy for recovering from work!