My Father in law was an avid deer hunter.  So were his friends.  They all went together and bought a bus.  They hunted in Montana and Wyoming with that bus.

It was a guy thing. 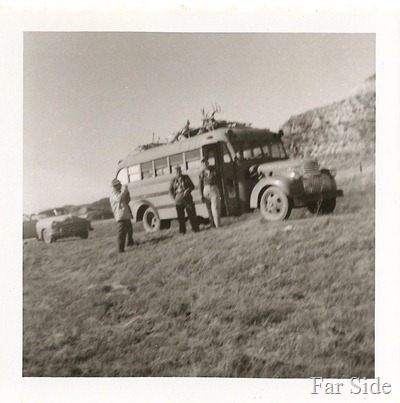 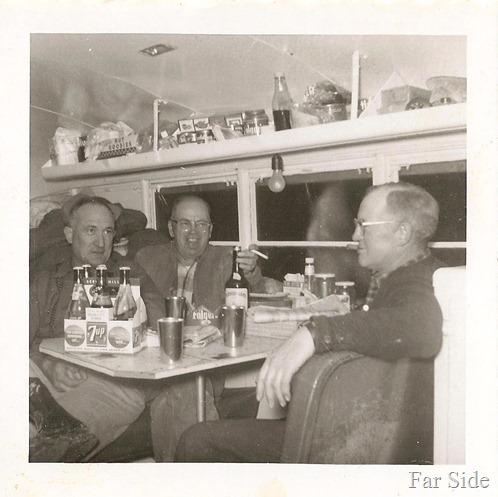 My Father In Law Marvin, with his friends Sam and Ben.  I had the best time looking around this old photo..they had Nut Goodies..Campbell’s Soup and Folgers Coffee above them..and 7 Up and some kind of hard liquor…I noted they cut a coffee can up and were using it for an ash tray.  Ben was hardly ever seen without a cigar in his mouth. 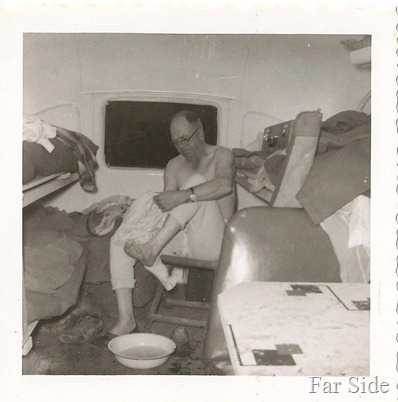 They must have kept clean..here is Sam washing his feet.  Note the bunks for sleeping. 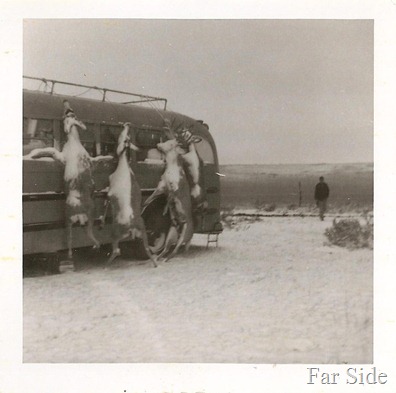 I wonder how warm it was in that bus..this looks like a cold morning..but it must have been a successful hunt..one deer for each hunter:)