Thanks to all the Veterans!

I have a friend named Joe.  Joe is a WWII Veteran. 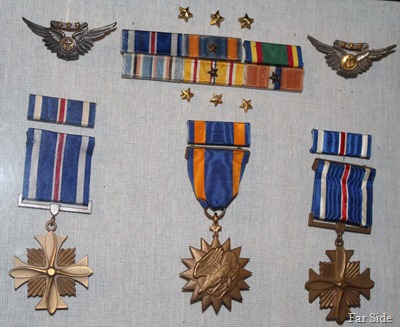 For heroism and extraordinary achievements in aerial flight as a Combat Aircrewman of a Patrol Bomber Squadron TWENTY EIGHT during action against enemy Japanese forces in the Southwest Pacific War Area from Jan 25 – April 6 1945.  Participating in twenty missions during that period. 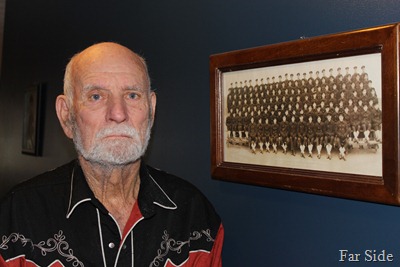 From the White House:

To you who answered the call of your country and served in its Armed Forces to bring about the total defeat of the enemy, I extend the heartfelt thanks of a grateful nation. As one of the Nation’s finest, you undertook the most severe task one can be called upon to perform.  Because you demonstrated the fortitude, resourcefulness and calm judgment necessary to carry out that task, we now look to you for leadership and example in further exalting our country in peace.

Joe shared with me his survival kit that he was issued. 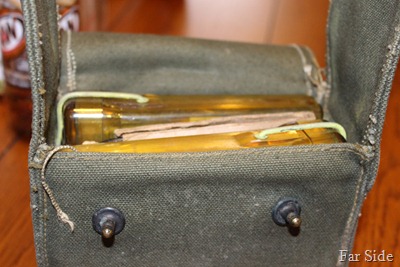 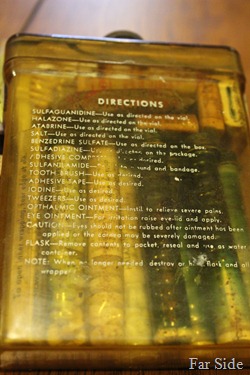 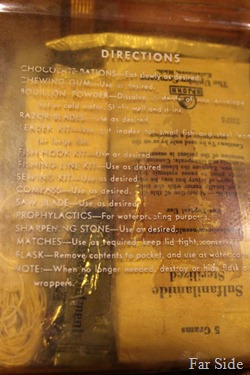 Joe is an extraordinary individual…I am proud to call him my friend:)

Indeed. Great post. I think all of the WWII veterans in our small town are gone now. They were a great crew...:)

Thanks for sharing Joe and his story, his medals and the survival kit. I can't imagine sending 19 year-old kids into battle.... but we are still doing it!
I do have one comment/question about the kit: prophylactics for waterproofing purposes?!!!

Thank you Joe for serving our country and may God bless all of our veterans.

Well said! Thoughtful post.
Sadly there are fewer and fewer of the old vets left.
I skate with one who is 89 and around Remembrance day you start to get a lot of his stories about his experience

Nicely done! Here is to Joe and all of our veterans!

Thank you, Joe and to all the other "Joes" who kept (keep) this country free. God Bless everyone of them.

Chocolate, eat slowly as desired....that made me smile, mine would have been gone right away:)
Remembrance Day here, we will be going to a ceremony this morning. Thanks to all who gave their lives, or some of the best years of it, to serve our countries.

Here's to all who served their Country and are still serving today Thank you for your service.

I would be proud to call him a friend, too. What interesting things are in that survival kit! :-)

The Vets of that era (WWI and WWII) were the best of us all. God bless them and their families.
God bless your friend Joe.
And God bless us all right now.
Have a wonderful week. ♥

It's amazing to think what these servicemen achieved in such dire circumstances--and then to think they were only 19 at the time!

Profound thanks to Joe and all those like him serving throughout our nation's history!

Thanks to Joe, to Far Guy, to the vet I live with, and to the young people who are still serving this country. Bless 'em!