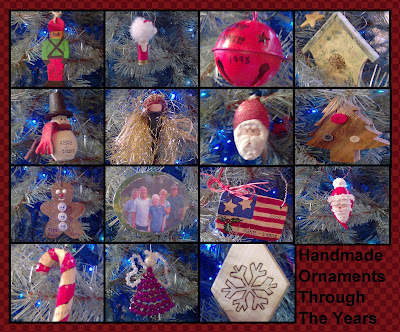 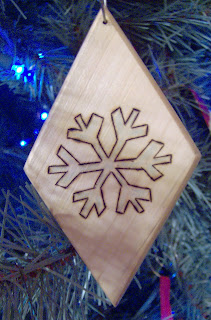 Wow, I am impressed. All these different projects & memories from years gone by. This years' ornament is just beautiful. I am happy to get to view your beautiful work.

Far Side,
You are amazing! Beautiful work -- precious details. What a nice way to celebrate the holidays. Thanks for sharing these images with us...

Thanks for sharing all these wonderful ornaments and the memories within them.

Congratulations - they ae truly beautiful and each one is so special.

What wonderful ornaments and the memories that go with them.
Every one is so special!
Hugs Julia ♥

Sigh. I so admire people who can do crafty stuff. My attempts are the stuff of family legends -- and not the good kind!

These are really beautiful.

I love this tradition!! You have inspired me to start making an ornament each year...such wonderful stories to have for your tree. Thank you so much for sharing!! :)

The thing I admire more than the craftiness is the dedication. Most of my traditions didn't have a very long life. Funny thing though, my kids don't remember it that way. So there is grace.

I admire anyone who can be that crafty!Those are beautiful!

wow. i thought we were doing well by buying an ornament every year.

glad to hear that Chance gets his own. that's as it should be.

I need to save this for future ideas. :) I just decided this year to make an ornament for each grandchild each Christmas. This year is little felt raccoons. :)