Last week Far Guy kept telling me to "be nice" I had one very frustrating day. He was continually saying "be nice." I was trying, I really was..he told me I would get nothin' for Christmas but a lump of coal. In my quest to regain some Christmas Spirit I have pondered this lump of coal thing. I decided to bide my time and see if I could pass my lump of coal on..last night was the passing of the lump.


Last evening we attended two Hockey games. The grand-girls were playing. Paige and Madison play Girls 10 and under Hockey. Paige was the Goalie last night. The Coach feels that everyone should rotate through the Goalie position. Madison is a Wing. Madison is not real thrilled with Hockey at the moment. Last week the Coach hollered at them. Trica reported to us that she could hear the Coach screaming at them from where she was in the stands. Madison gets nervous when she is hollered at. Hollering does not phase Paige in the least. 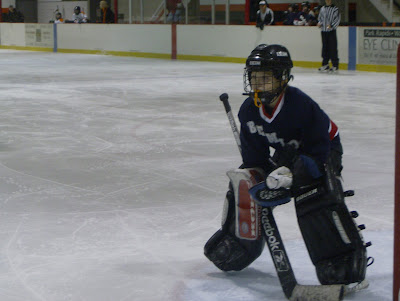 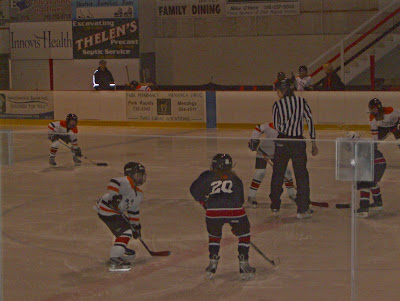 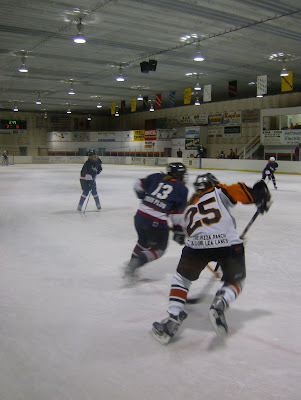 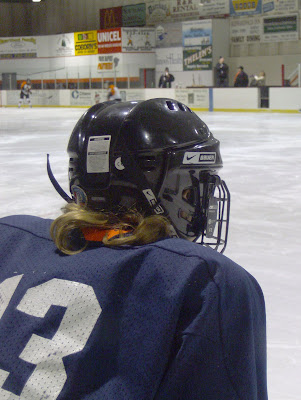 Savannah plays in Girls Hockey 12 and under. She plays the same position as the "star" on the team who is also the Coaches daughter. Savannah spends a lot of time on the bench.
Coaches... do they all have their heads so far up their butts that they cannot see how discouraging their harsh words and favoritism is for ALL the girls they are Coaching? I have never understood why some kids are played and some are not. Why can't they all play as a team, take turns and learn to work together? How are the kids that never get to play supposed to learn and grow in a sport? Sitting on the bench..the only thing kids learn there is how unfair their Coach is.


I do not begin to understand the game of Hockey. It is cold, they chase the puck around. They have face offs, they skate, they fall down and get right back up again. I tell ya, they skate their hearts out on that rink. Then some Coach who thinks he is God's gift to Hockey hollers at them or has them sit on the bench. It does not make sense to this Grandma. So I award my lump of coal to the Youth Hockey Coaches in Bemidji.

We are in a winter storm warning. Floyd in the west reports 11.7 inches of new snow in Bismarck with wind chills of 38 BELOW ZERO. (His email made me smile..he reports that usually this time of year they are enjoying beach like conditions in Bismarck...I think maybe he is delusional.) Bob at Duluth is expecting "Face Ripping" winds. All roads that lead to the great shopping mecca of Fargo/Moorhead have been closed. Too bad too as I was so looking forward to going shopping today..snooze and you lose. I am taking the day to work on Cheerful Christmas Cards:)
Posted by Far Side of Fifty at 11:06 AM

I HATE it when coaches do that. I KNOW that typically it's a parent that is a coach (who else would want to put the time in) but you have to be fair to ALL the players.

The big winter sport in Indiana is basketball. I've seen my share of coaches playing their kids and over looking everyone else. I know how you feel. You would think their title was coach-all-mighty. And if you complain, then your kid will never get to play. Plain and simple!

With the cost of coal rising, I say keep your lump and instead pass that coach the puck. And when I say pass, I really mean overhand throw right to his head. Maybe that will knock some sense into him.

We are going to get those wind chills soon. It's snowing again and our visibility is maybe a block. The WC is "only" -32 right now. Time to cuddle up with a puppy and a good book, don't you think?

I will award my lump of coal to your hockey coaches as well. Sounds like they deserve more than just one present.

my son and the coaches son played the same postion, so I know what you are talking about.

I used to coach little girls' softball while my husband coached hardball and couldn't get over how rough some coaches were on the kids. I always wanted it to be about having fun....

Hi!
I can agree with you on playing favorites, all coaches do that. They should all play like a team, after all it is a team sport. Thanks for stopping by my place.