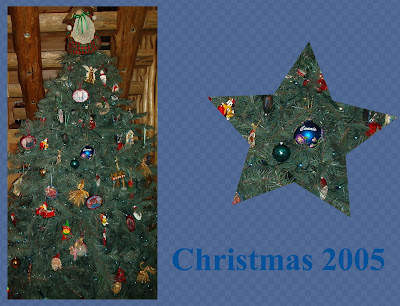 I dried the tears that were streaming down my face. It was over. They were all hung. It was so heart wrenching. A little voice says " Mommy why are you crying?" I must get a grip, well if not a grip.. a life. I turned the television off.
Now just so you know I am not one of those weepy broads. Nor am I able to "Fake Cry" like my granddaughter Paige. I did not bawl my eyes out like the entire movie theatre did during "Love Story." she croaked..big deal..and he knew she was going to croak..it was not a huge surprise or anything. Yet I cannot make it through "The Magic of Lassie" (dabbing at eyes) or "Old Yeller" or "Where the Red Fern Grows" ( almost sobbing.) Now I will admit that if I do not feel well, and I have not slept well I can shed a tear or two.
That Christmas Eve scene on "Days of Our Lives" where Alice Horton (Frances Reid) hangs the Horton family ornaments on the tree is a tradition. I no longer watch "Days" but I try to catch that Christmas Eve episode every year. I was an avid "Days" watcher from it's early days, watching in the summer and on days off of school. Then as a young stay at home Mother I watched every day. Later with the arrival of VHS recorders I could tape it and watch it later. I taped it almost everyday for the girls when they were in high school, we watched it together. It was a Mom/Daughter thing. Plus it made great fodder for some good "life" discussions in our household.
I loved Alice's tradition. Each year adding new ornaments for new family members, reflecting on family members that were no longer alive, or their whereabouts were unknown (that happens a lot on the soaps.) She was a spunky kind of Grandma, doling out advice and doughnuts in her kitchen. Some of her doughnut capers were simply hilarious..like the time she caused a diversion with them to help John escape from jail. She was a perfect Mother and Grandmother. Frances Reid is the only actress to have ever played this role, I believe she is irreplaceable. When she dies the role will die also. She has played the role of Alice since 1965.
A number of years ago, daughter Jen gave me an ornament. It was a "Days" type ornament, a beautiful sapphire blue with my name on it. I loved it. It was always displayed in the center of the tree. Whenever it was time to trim the tree I admired it and made sure it was attached to the tree bough securely. Enter: A rambunctious puppy. That year I knew we should have tied the tree to something. Chance was only doing what he does best. Playing ball, the ball went under the tree, and he went after it..tipping over the tree. It was not Chance's fault, it was just an accident. There was glass everywhere. Lots of old glass ornaments bit the dust that day. But there was only one that I shed a tear for.. my "Days" ornament. I have been looking for one just like it for a replacement, with no luck :(
Posted by Far Side of Fifty at 10:18 AM

Well, now you've enlisted a lot of helpers to look for you!!!

Hi, and thank you ever so much for all the virtual chicken soup. And especially last nights virtual hot toddy. It must have worked, last night was the best sleep I have had in weeks. " HIcUp!!" LOL

Here's to hoping that you do someday do find a replacement ornament. Somewhere out there, there must be more than one of them. Good Luck, and I will keep a eye out for it.

Lovely story! Perhaps your daughter will give you another Days ornament that you will treasure just as much.

I hope you can find a replacement....a lovely post! And I LOVE the new photo background on your blog title....amazing photography!!! :)

Oh my gosh! My daughters were "Days" fans. Me, not a soap opera watcher except for Dark Shadows and Mary Hartman, Mary Hartman. I feel you pain losing the ornament. Some things are precious to us. You'll get a replacement one day, I'm sure.

It's funny I was thinking about soaps yesterday. I don't watch them anymore, either, but many, many years ago my husband, (he' an ex now) came home for lunch every day, he'd bring a couple farm hands with him---they got hooked on General Hospital.

I can completely relate to your "Days" ecxperience. I have watched that show since I was a small child along with my Days fan Grandomother and mother. And now I DVR it every day and catch up on the weekends. I too don't like to miss the christmas eve show. I do hope you find another ornament, but sadly, I don't think it will be the same. Perhaps you could just tell the "days " ornament story each year as you trim the tree.