Rain and other stuff

It has been a wet August so far...usually August is our dry and hot month.  It has been hot and humid from time to time but it has turned stormy and rainy.  We had 1 6/10 inches at the rain gauge from early Friday storms and all day raining.  We had some strong thunder bumpers move in.  Just like little kids we counted from the crack of the lightning to the thunder to see how far the storm was away.  Far Guy was keeping track of the storms on his phone.  I slept on and off...mostly off...so we are both tired.

Not much happening outside...except rain.

The wildflowers are happy. 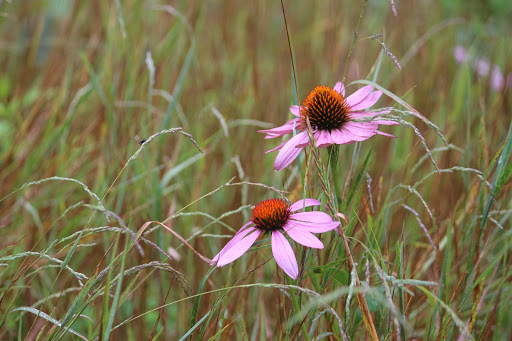 Far Guy finished his rose carving.  We sent it off to his sister before taking a photo. So she took one for us. 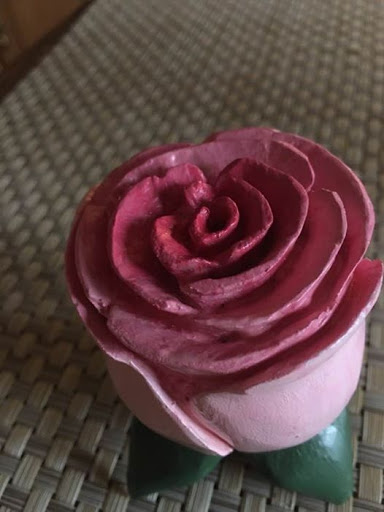 We have found that peanut butter jars work great for cushioning a woodcarving inside of a box. Far Guy painted this rose all by himself.  We discussed the color at length....I won with shades of pink.

Our oldest daughter Trica tested negative for Covid finally...she had no symptoms.  She wouldn't have known about it but they tested her before emergency surgery.  (She had two positive tests.)  She is back to normal again after her surgery.

I am working on the watercolor Christmas cards...Far Guy is carving another flower one new to him that he saw in the wild gardens.