The Milk Can Project began many many years ago. 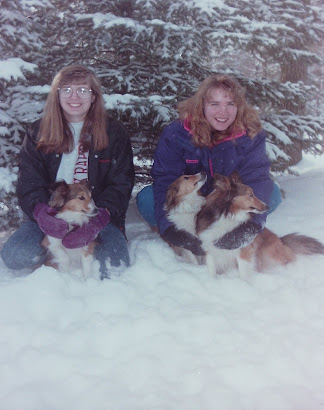 We had two daughters and three Shetland Sheep Dogs or Shelties.   Jen with G'Day Mate, Trica with Misty and Moses.  Misty and Moses were the parents of G'Day Mate...and also Captain who lived for awhile with my parents, we took care of him when they went on vacation and one time he just stayed living with us. 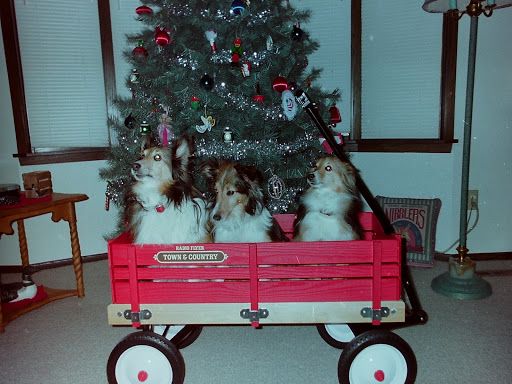 One constant was that I groomed them and cleaned their teeth...usually twice a week..  G'Day Mate loved double turns and Moses would fall asleep while I cleaned his teeth.  Bathing them was a group effort...I would wash and the girls would take turns towel drying them...we bathed them once a month more often if they found a smelly fish to roll in.

I saved all the dog hair.  INSIDE the milk can.  It has been waiting for me to do something with since about 1987.

I began by sorting the hair outside in the evenings on the patio. 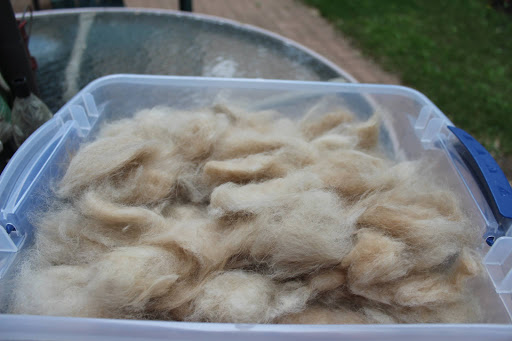 Getting rid of all the twigs, burrs etc...  I rather enjoyed sorting...I could tell which dog was which and enjoyed the unique fragrance of all the dogs.  Just a few tears were shed.  When I had a bin full I washed it in the kitchen sink. I do like the smell of a wet dog...what can I say I am weird. 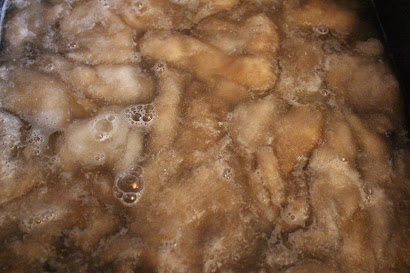 I rinsed it many times and took it out to the greenhouse/woodshop to let it dry out.  Batch after batch...I should have counted. I started washing and sorting mid June and finished the first part of July. 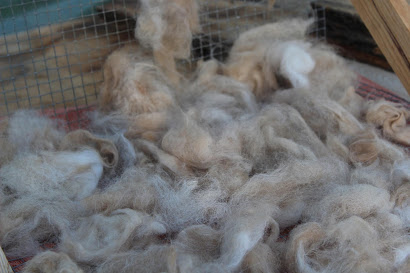 Dog fur drying out. After it was dry I collected the fur in paper grocery bags. 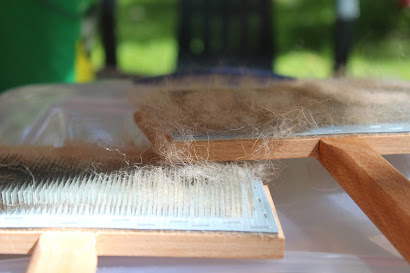 I ordered some carders.   Through the miracle of You Tube I taught myself to card.  It takes practice.

I struggled with making rolags...but I think I have the hang of it now. 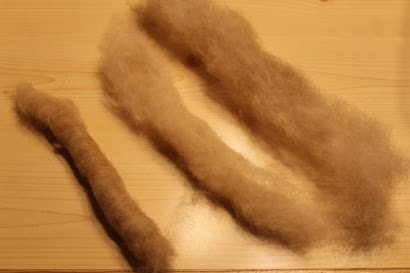 The one on the far left  is correct the others will be carded again...although usable they will take up space!

Otto Bruce my spinning wheel is waiting...Can I spin it ???...that remains to be seen...and that will be a winter project...right now I am concentrating on carding and making rolags. The rolags will be stored in old pillowcases or paper bags until I can work with them.  I have some special roving from some of my favorite sheep to mix in with the dog fur if needed when carding.   Did you know dog fur that is spun into yarn is  called Chiengora?? Someday I hope to make a lap blanket.

So my Milk Can project is coming along.   I hope to work on this project every day for awhile...the weather is cooler and I finally have time to concentrate on carding!

The Milk Can itself found a new home and is going to be a project for Jen. 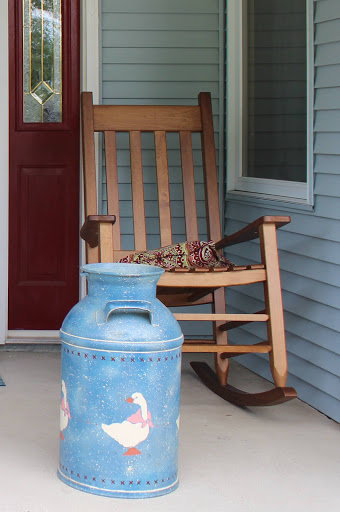 I bet it will be painted burgundy or red and be used on her front porch.  ( She probably will not store dog hair in it as seeing the paper bags of dog hair made her gag.)