I made some more white chocolate and cherry fudge to deliver in tins to a few of the neighbors.  We delivered one tin and had a good visit.  Old neighbors moved on to live closer to their children and one has memory difficulties so she is in a Memory Care Unit.  They sold their lake home to other neighbors that had adjoining land. 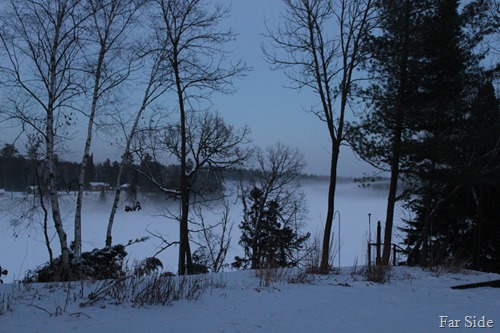 There was snow fog on the lake as it was getting dark. They have been removing a few trees to have a better view of the lake.  They now own the entire North end of the lake.  It is a nice setting but you have to be a mountain goat to get to the water from this new property. We have been calling them “The Land Barons.” 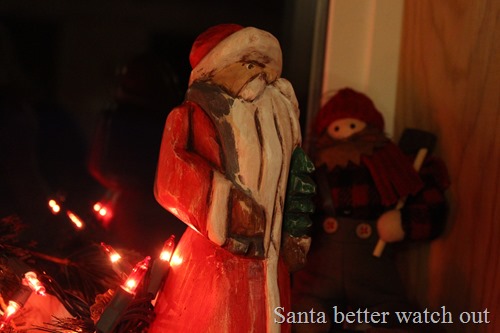 Chance is feeling much better, his diet has been returned to normal.  He still wears the harness to come down the steps…he hates the harness but it keeps him from falling and injuring himself.  He plays a little ball and actually tried to jump at the snow being thrown off the snow shovel yesterday….so he is good to go until the next aging episode.