We ate …pulled pork and corn bread pudding on Christmas Eve after church.  Christmas morning was cinnamon rolls, egg bake and sausages.  Christmas evening we had a skillet meal of hash browns, scrambled eggs, pulled pork and cheese.  AND the plates of goodies Jen brought with her are awesome!

We exchanged gifts and had a round of White Elephant Gifts…where the “hot” gifts were a package of Gushers, colorful Chip Clips and a package of Pistachios. We all get a gift and then roll dice for doubles, a two or a five to steal a gift from someone else.

It started sleeting on Christmas Day in the afternoon, then it rained and it is snowing at the moment (10 PM Christmas Night as I am writing this.)  Earlier when I walked the dogs the tree branches were coated in ice. The Four Grands shortest to tallest…Noah gets to be tallest for one more Christmas but his brother is gaining fast! 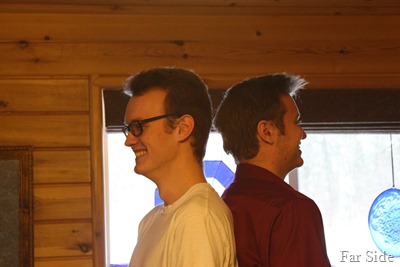 Official stocking footed back to back photo…Adam has taller shoulders than his brother but as Adam said “Noah has a longer neck.” 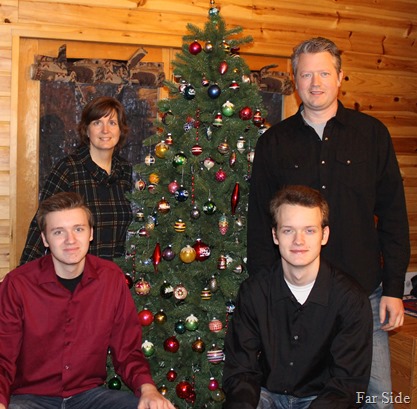 Jennifer, Andy and the boys. 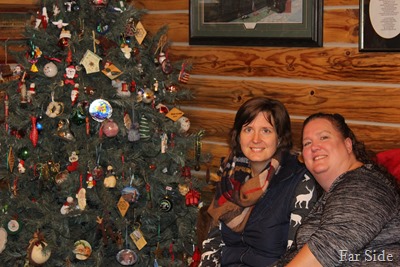 Our daughters Jennifer and Trica
We missed Savannah again this year, but she was in her own home and she had her first real tree this year.
Next Christmas our group will have a newcomer. 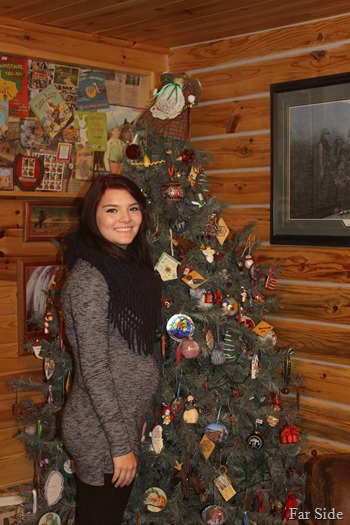 Maddie and her baby bump
Next year our oldest daughter Trica will be a Grandmother and in turn we will be Great Grandparents. 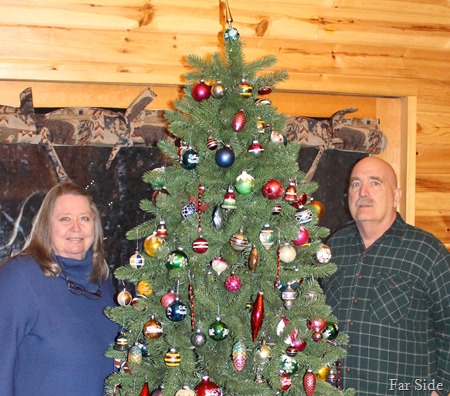 Me and Far Guy by the Shiny Brite Tree  Christmas 2016
Jen, Andy and the boys will stay here until it is safe to travel.  Trica and Richard and the girls are safe at Richard’s brothers.