Will be revealed soon.   How about a give away?  To be entered into the drawing leave me a comment with the completion of this sentence.  My favorite Christmas was________ .
What is the ornament?  It is a woodcarving, it is carved from basswood and if you ask me it is a beauty.

My favorite Christmas was in 1998.  We spent that winter in Florida at Tyndall AFB.  We were living in the camper at that time. Our girls were married and had their own Christmas Traditions to begin with their families (Trica was pregnant with Paige, and Jennifer was pregnant with Noah.) Christmas Eve we went to the small church on the Base.  The next day  Far Guy and I slept late, walked the dogs…we had two dogs back then Shelties named Captain and G’Day Mate.  We left the dogs while we went to the Officer’s Club on Base for Christmas Dinner…a buffet.  We came home and sat out on the picnic table in the sunshine, late in the day we went for a long walk again with the dogs.  That year we sent Christmas Cards but we didn’t decorate or bake anything…we didn’t have to be anywhere at a certain time…there were no expectations to be met.  We called our daughters and my parents and Far Guy’s Mom sometime during the day.  That Christmas was relaxing…no rushing around with your head cut off like a chicken…flopping all over, going here there and everywhere.

It may sound like a terribly selfish kinda Christmas but it remains my favorite. The warm weather and the sunshine might have had a lot to do with it!   Far Guy on the other hand, hated Florida and the people there and he was very lonely that Christmas Day. If that was my favorite Christmas it was his second least favorite. His first least favorite is the year we spent in the ER when he was diagnosed with Trigeminal Neuralgia.

So there you go…in order to be entered in the drawing…Your Favorite Christmas was ____!

I will draw names…at least two on Monday night at 9PM Central Time.  The winners will be revealed on Tuesday December 6th. 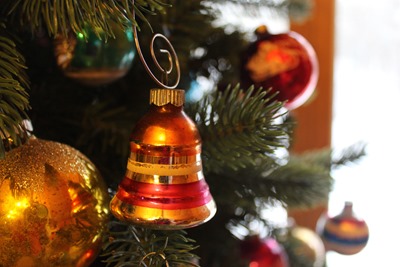