Steps in the making

We have a French Door at the back of the house.  It had a really long step down.  The grands used to open the door and jump out.  Steps were never real high on our priority list.

Here is the progression. We built the house in 1999. 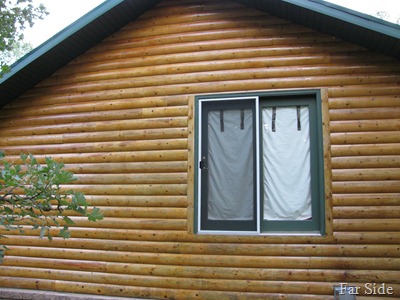 August 01 2012  Far Guy had just finished re-sealing the siding and was thinking about building a step.  We decided on green treated wood and cedar because we will just let it weather.  It is on the North side of the house.  We talked to neighbor carpenter Steve about the engineered- looks- like- wood decking.  In our area with the extreme in temperatures the screws would constantly need adjustment.

*** Those funny looking straps hold up my curtain when it is rolled up..it is a design by Far Side…I didn’t realize that the lining of my curtains was so puckery…then again what do you expect from someone who barely passed Home Ec (ick). 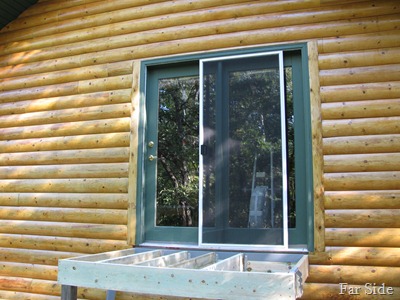 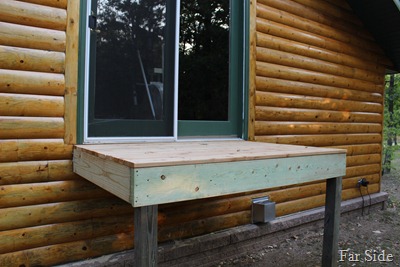 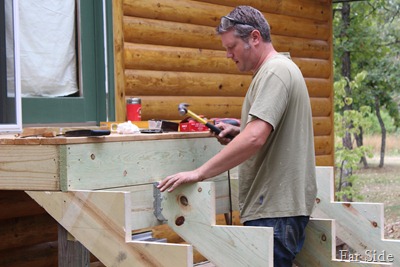 Handy Andy helped figure out the stringers for the steps. September 2, 2012. 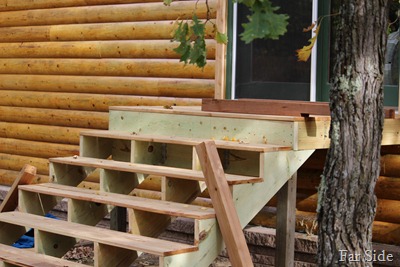 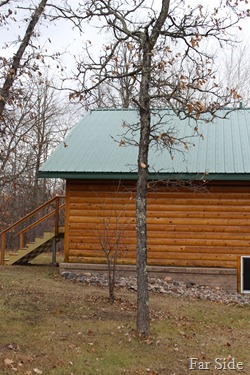 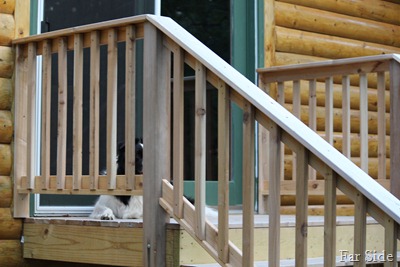 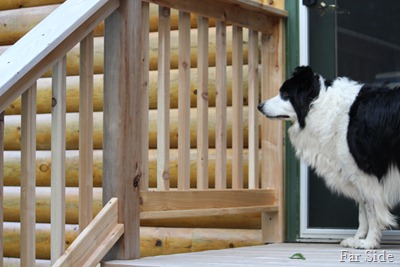 Far Guy did a great job! Chance has another spot to survey the yard from.  There is room for a small bench or perhaps a chair.  We wouldn’t use it very often but perhaps visiting guests would:)