I ran across some old photos recently that brought back some good memories.

Back in the summer of 1997 we were fortunate enough to get away for quite a few days. We had a house sitter to mow our lawn and the dogs went up to Buxton to stay with Trica and Dick, I hired a dog sitter to play with and make sure the dogs were all happy ( We had three back then all Shelties: Moses, Captain and G’Day Mate..all spoiled)  We went camping up in the Wyoming Mountains with my other baby brother and she who sees robins first.

I really miss those camping days.  Campfires and frost on the tent and all that.

Anyways I wanted to tell you that after one of these outings we headed from Big Piney Wyoming  to Ogden Utah for supper.  Far Guy had been to supper at a really cool place ..so we drove the 198 miles for a steak and homemade bread served in a covered wagon parked around a campfire.  How romantic is that?  The food was great, the place was called the Prairie Schooner Restaurant and Steak House.  A nice little walk was in order after a great meal.

I had always wanted to wade in the Great Salt Lake.  Far Guy indulged me..it was not the beautiful lake I once saw shimmering in the distance on an earlier trip through Utah.  The closer we got the smellier it became.  Far Guy wondered if this was such a good idea after eating. 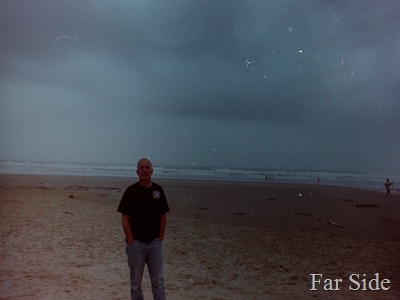 Far Guy was not amused. It was hold your nose smelly. 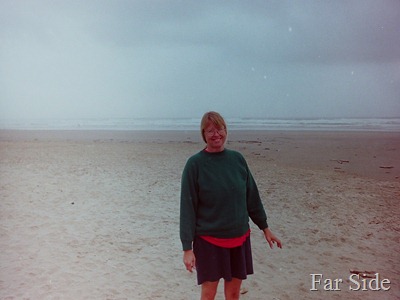 I walked out to the stagnant smelly water and took off a shoe.  It wasn’t the stuff that dreams are made of..but I did it.  I finally made it to the Great Salt Lake:)