Adam got a new cast.  This one is green too.  (Adam broke two bones above his wrist in early June.) 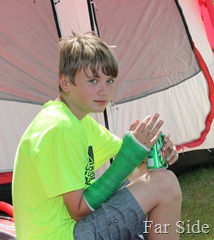 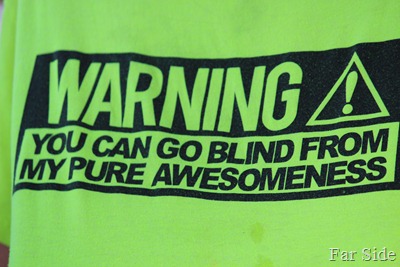 This is what is says on his shirt.

Adam might get his cast off in two weeks.  He would like to go swimming.  He missed some ride at the carnival the other night because of his cast.  He is getting a little bored.

I almost asked him if his arm was itchy?  I know the summer I was stuck in a cast from toe to upper thigh…I fashioned a scratcher from a fly swatter.  I would hold my leg in the air and wiggle that fly swatter up inside the cast behind my knee to scratch…then I would put alcohol on gauze and rub that around…it would sting like it was on fire but the infernal itching was done with until the next day.

I thought better of relating that story to him…I am sure he has come up with some solutions of his own.

It is still warm and humid here. 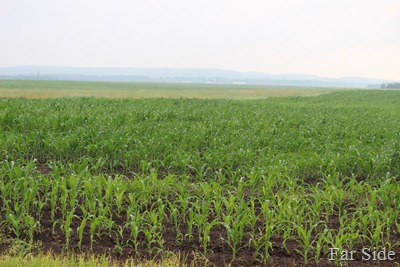 You can practically hear the corn growing.  It was knee high for the 4th of July:)