A Death In the email family

I have been communicating with an elderly gentleman for about three years by email. We met online, he loved jokes and had a wicked good sense of humor. He had been struggling with Alzheimer's and health problems, I could tell when he was doing well and when he was not. I could tell by his emails what time of the morning he got up. October 1st the emails I sent to him started coming back, I figured something was up..yesterday he died, we were notified by his step daughter..she said " He communicated with you alot..I just thought you would like to know." 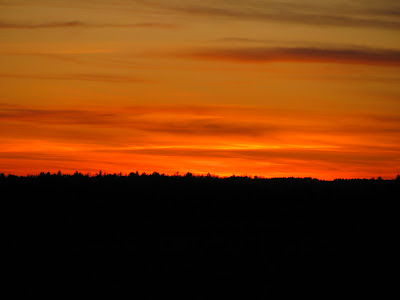 So it is an end. We have an end to the story. Maybe we don't..you see Charles was an atheist. His father was a Pentecostal Evangelist in New York City.. Charles could quote Bible verse after Bible verse. His father committed suicide. Charles was a Marine..he was at Camp Lejeune..he always said that his children that were born there in 1957 and 1958 were marked..one had Aplastic Anemia and one had Cerebral Palsy. The love of Charles life was diagnosed with cancer here in Minnesota one summer..he said "That asshole doctor walked into the room, looked at my wife and said you are going to die." and then he walked out of the room. His lovely Rose died less than six months later. He remarried and his second wife died too..he said "I have out lived two women and one of my children..I am old and I can't remember lots of stuff.. I am done now." I guess you are Charles.. I guess you are.

Did I share my faith with Charles, yes I did. I would occasionally send him a real Bible thumping email..something that might get through that thick head of his. Occasionally he would send one back to me...it was like an email war. I can't be certain that he ever gave up his atheism..I guess I would like to think that those Bible Verses that he learned as a child came quietly back to comfort him the last few weeks of his life.

I loved it when he was in a reminiscing mood..he would write his thoughts to me..
"I was born in Newark New Jersey my father was a Pentecostal Evangelist. When I was old enough to remember we would go to the missions down in Hells Kitchen and The Battery in Manhattan. My Mother had one of those Fox Stoles with the head on I would go to sleep looking at the fox ( No wonder I like animals today, I guess they make me feel safe) Remember this was shortly after the depression. We moved several times and most of my memories then was being able to look across the river from the house and see the Empire State Building. We told the weather by the different colored lights on top. I got to go to Coney Island a few times to the boardwalk and the beach. The subways stops right at Coney Island, I never had enough money to ride in the park. At the entrance was this big Steeple Chase Ride. I need to stop now..I am tired." 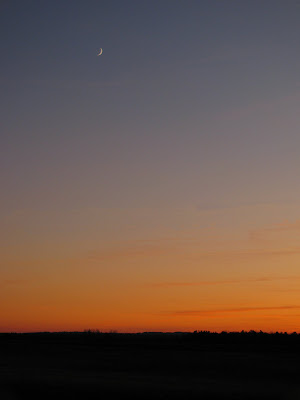 I am sad. Really sad, I am not sure if there is a lesson to learn here or not. Don't communicate with the elderly..they will croak before you do. Do not give out your email over the Internet..you will be crushed when your friend who you never actually met dies. Don't get involved..Don't send jokes to anyone..they might die. Then I think of the jokes he exchanged with me and Far Guy, and the wonderful stories he shared .. how I worried about him during Hurricane Ike .. about the ruckus he caused and his cab ride back home.. about the smiles we shared across the miles. Is my sadness now worth it? I say yes it is..it was a pleasure to have met Charles and my life is richer and funnier because of him. Rest in peace my friend:)
Posted by Far Side of Fifty at 10:06 AM

Labels: Death, Life goes on, loss of a friend

What a wonderful tribute! Charles sounds like a beautiful person that added to your life as you were adding to his.

Here's to Charles, may you have found peace.

Connie, I know exactly how you feel, in spite of all the sorrow and questions you have, you are still thankful for the blessing of his friendship. Hopefully the seeds you planted took root before his passing. I'm sure God brought you two together and He is pleased with you for showing him His love.
Sorry for your loss.

I agree with Gail, that was a wonderful tribute. I am sure you will miss him. I also agree it was worth it. It is always worth it.

I extend my sympathy to you in the loss of your friend. God works in mysterious ways and I think you and Charles and Far Guy were meant to cross paths and that you were exactly what Charles needed at this time of his life. Friendship and sharing God's love are always worth it. I know today your heart is heavy but you are richer for having had a friend regardless of how long. I'm truly sorry for your sadness today.

We must remember the memories... my MIL has Alzheimers also, does not know anyone who was very close to her over the years,our kids, her grandkids, even her one son is lost in her mind.
You had great 'email times' with this fellow, smile when you think of him and he will know...
RIP Charles...

I remember you writing about him before. It is hard to grow attached to someone, and then to loose them.

Sorry to hear that he is gone. He sounded like a very interesting person, there is a light that has gone out....

So sorry Connie - I know you'll miss your emailing with him/and daughter. I'm sure he's fine now and reunited with his family that went before him. Hang in there.

From the book "The Little Prince", the young boy met a fox and the spent much time together before the little boy had tamed him. Once they became close the little boy had to leave. When he left, the fox cried, but then said, that the friendship and love that they had together, made it all worth while. Because you are sad is because you did the right thing. Better to have had the friend and now lose him and the remembering as what friendships really are all about. Everytime you look at another old man, you will remember him and all of his jokes and remember that is was all for good.

I have a elderly gentleman friend and the word gentle doesn't always describe him, he is also an atheist. He can be so funny and entertaining sometimes. At 90 I do my best to show him what Christian life is about without him knowing it, well maybe sometimes I do too. His heart is giving out it is really tired now and I hope I can make a difference before he passes on for I will miss him when he is gone his funny jokes and his quick wit.
I am truly sorry for the loss of your friend, I know that you brought him a few entertaining moments and a few laughs too.

Any time you open the door to friendship, you risk a feeling of loss when that friendship comes to an end. Hopefully it enriches our life while it lasts and it certainly sounds like this one did. I am sure he was blessed to have you as a friend as well. You may have been the bridge that allowed him to share his feelings and come to terms with them before he died.

Connie, this is a most beautiful post. I'm sorry you lost a friend.

Sorry about your loss. I agree with you that the sorrow is made worth it by the time you shared and the memories you have.

So sorry to hear about Charles... sounds as if you had a great friendship that enriched you both.

I am sorry for the loss of your email friend.

I believe that the only thing worth having in life is friends. Even though they don't last, what does, in the long run? The memories will be there are long as we are. You have already begun to make memories with me, Connie, and I cherish them. Thanks for sharing Charles, and I wish him safe travels, wherever he is.

I enjoyed your loving tribute to Charles. Yes, we could cut ourselves off from others so we won't get hurt but just look at all blessings we would miss by doing so. My heart goes out to you Connie but I know your life is richer for knowing Charles.

Life is really about people...to meet and really get to know people is a gift. The gift of giving of oneself.

Thank you Connie for the richness of your friendship. Not just to meet and the blog world, but to those you meet through email.

So many comments, I have little to add--I would just say I know how you feel. I had a friend online; he was older, disabled, and would play a certain game on-line, where I met him and used to type to him, and read his wisdom and kindness. Then, one day he was not there, and after a couple of days, we (the others who knew him) found out he had died. When you only "see" a friend online, you don't realize when someone is about to leave this earth...I was surprisingly sad when I learned he had died. I sympathize with you.

Wow Connie - after what you wrote about Charles - it would be an honor to be considered your friend I think. Not sure what you were supose to learn from him, but maybe the real answer is what he learned from you. AND - if he did turn away from his athisitic ways, what a treat it will be when he greets you in Heaven.. Well done, good and faithful servant.

lost a few email friends, too. It is such an uneasy and strange goodbye. They come to the end of the sentence.