Sixty-five years ago my parents were married.  Mom was 20 years old she was just shy of 21, Dad was 23 and a few days shy of 24.  They celebrate everything in October, their wedding anniversary and both of their birthdays.  They met in May of 1950…as I recall my Mother telling it…they were both someplace Toad Lake maybe and Dad offered to buy her a hamburger and she said no. 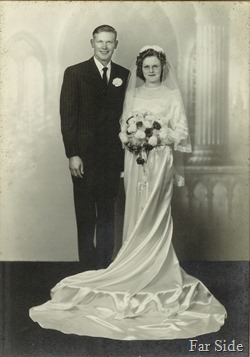 They were married in the evening and a wedding supper was held at my Grandparents home.

My cousin Chuckie was ten years old …he not only got to stay up late but he got to honk the horn all the way from the Toad Lake Church to our Grandparents farm (about six miles).  He told me the other day “I remember that day so well!”

My parents went on a honeymoon to Duluth Minnesota a few days after their wedding. 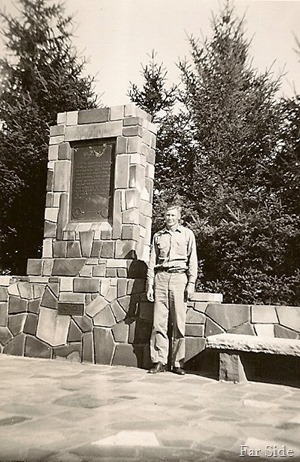 I am not sure where these photos were taken someplace in the Duluth area.  Of course this was before selfies…so they had to take turns with the camera. 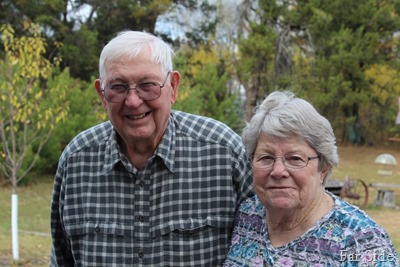 This photo was taken one year ago when they were married 64 years.