A long time ago I gave up my office space so that Far Guy could spread out…he was stuck in the back room upstairs.   I no longer needed a large office space. 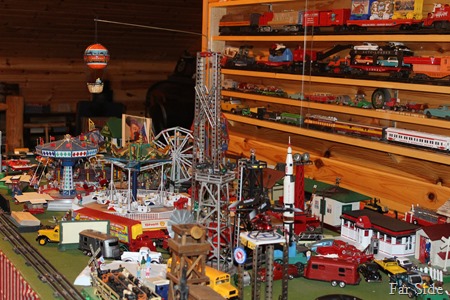 I encouraged him to build the shelf storage area on the wall…it is great for display and keeps the dust off some of the train cars. 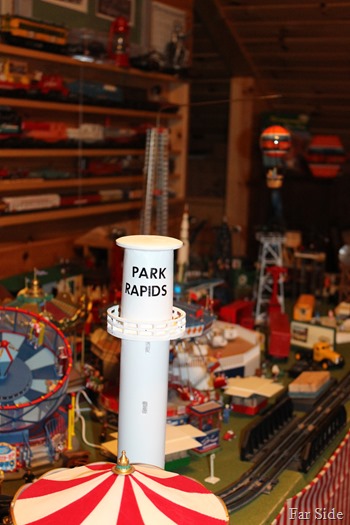 This replica of the water tower in Park Rapids is a new addition.   I walked by it one day with an armload of “stuff” and realized it is not fastened down.  I think it is a little tall, but he researched the height and width and made it to scale.  He carved it on the wood lathe. 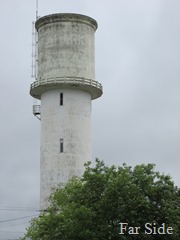 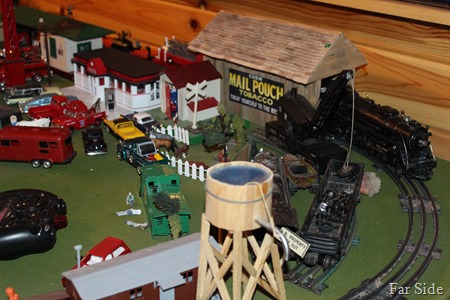 Here is the engine coming out the covered bridge,  a few hoboes are resting near the green caboose. The water tank he built many years ago… candle wax made great blue water. 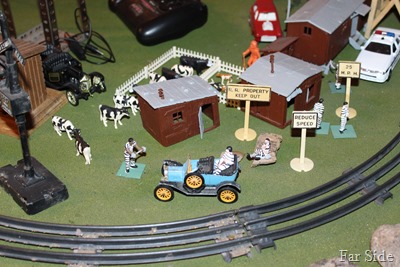 Prisoners and cows occupy one corner of the layout….note the cop car! 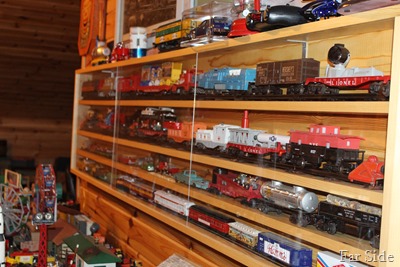 The wall cabinet should have been larger. 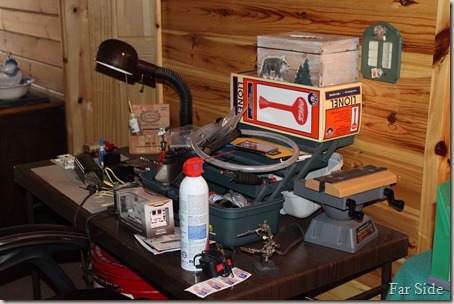 His work station…I see an ambulance still in its package and another water tower still in a box. 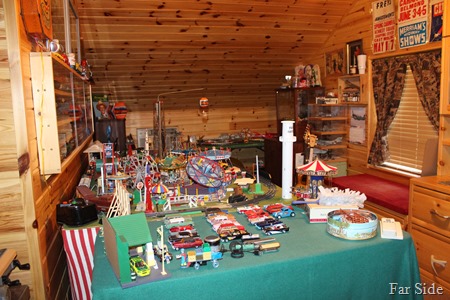 He has lots of “stuff” to dust. 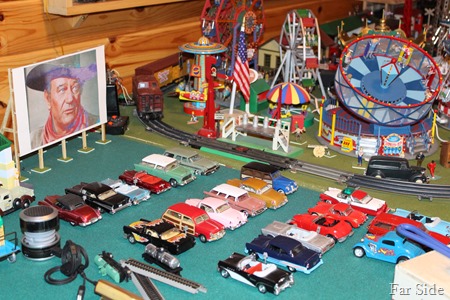 The Drive In Theater had so many cars it finally got its own table.

Far Guy collects Lionel Trains and Cars O Scale,  he received a used train set for Christmas when he was about ten years old…he played “trains” often and finally all that remained was the engine and the tender when he began to collect all of the missing cars that had been blown up or started on fire…you know typical  “boy” stuff. ( FYI he can still recall the hole in the side of the tanker car after it started on fire.)

I think there may be just a few extra train cars under the table…just a hunch.