We went to the Train/Toy Show over in Fargo.  We usually go every year.  It was a great day for a drive and when I got nice and cozy warm I had about 20 cat naps several naps along the way. (Far Guy was driving and Chance was back seat driving!) 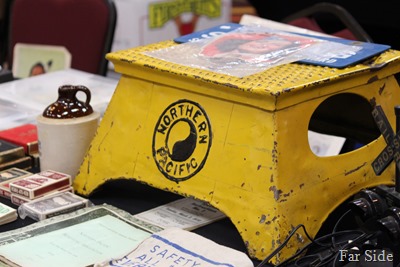 If you have ever taken the train you have watched a conductor put one of these down for you to disembark the train. 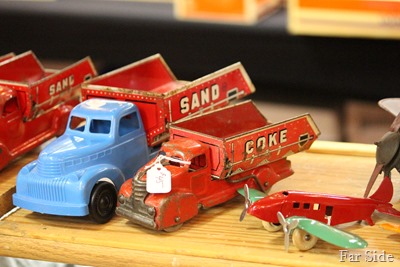 I like to look at all the toys…well except the tractors…and there was lots of those.

The old calendars were impressive. 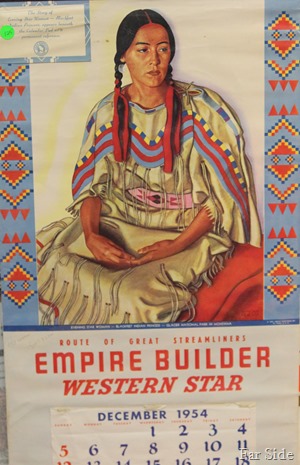 I had a nice conversation with a young man about 11 years old who just began to collect Lionel Trains…it is his birthday soon and he was hoping to get an engine that gives out smoke…fun to see a new collector…he wanted to know what I had purchased I showed him…people to paint and a Post Office…I was just holding the bag for Far Guy!  (The little boy’s parents informed me that he was indeed getting an engine for his birthday.)

Just for the record I have no idea where Far Guy will find space for the Post Office.