I found these old photos a while ago.  They are from the 1940’s during World War II. They were in an envelope marked “The Martin Plant”  and they belonged to Far Guy’s Dad. 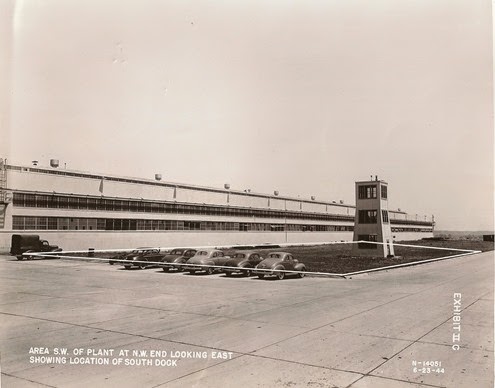 These photos we taken at the Fort Crook Military Reservation at the Glenn L. Martin Plant.

Far Guys Dad (Marvin) and his Uncle Willard ( His Mother’s brother) did “mods” there during the war.

This is what Uncle Willard shared with me a few years before his death.

He moved to Omaha.  He moved in with his sister and her husband ( Far Guy’s parents) They lived near Spring Lake Park Golf Course. He and Far Guy’s Dad worked at Fort Crook Military Reservation for the duration of the war.

He worked on the B-26 Marauder in the Martin Plant. The “A” model B 26 all went to Russia.  Hitler was pounding the hell out of Russia.  The “B” model all went to the Army Air Corps.  The modification center moved more planes through than the factory. The first big modification job was a B 25 they were missile bombers made in Burbank California.  The planes were stacked up outside sometimes there would be 40 acres of planes just setting there ready to run through modifications.  We put more guns on them..50 caliber and a 75 mm cannon out the nose of the airplane.  These were used in the Pacific and Western Europe..they would wreck a railroad..they blew up Hitler’s trains.  They would fly right down a track and hit a locomotive.  They would take the 50 caliber and shoot right into the railroad cars..they blew up! 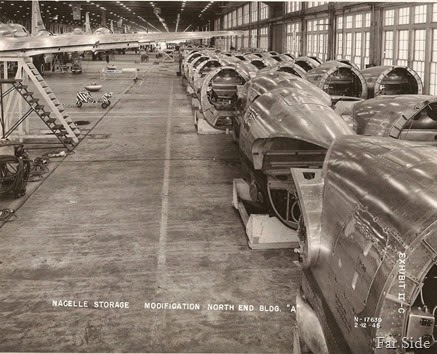 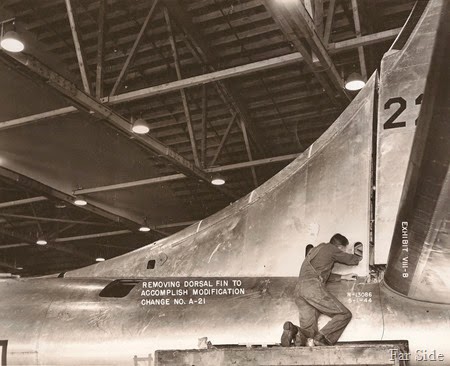 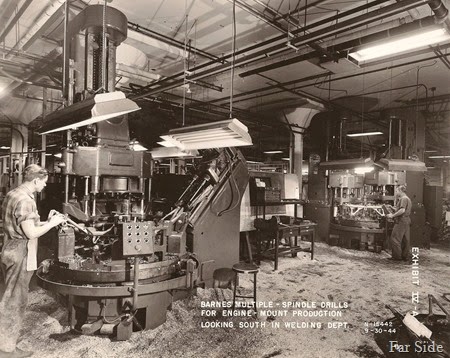 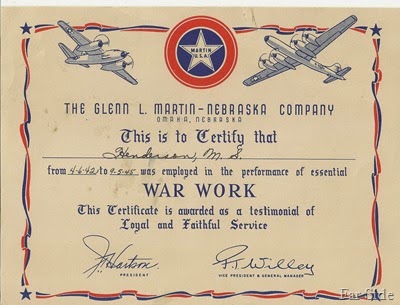 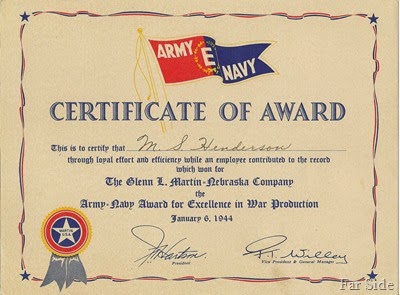 These awards were found with the photographs.

Far Guy’s Dad (Marvin) was a Machinist and Uncle Willard was an Electrician for the Glenn L. Martin Company in Nebraska.

One story about Uncle Willard…one day he was too busy to go to lunch.  An Airplane in the air sounded “funny”  he  looked over and the plane a B 25 whose left engine failed landed on the roof of the cafeteria…that happened September 22 1943.  Three out of four air crew were killed…no one inside the cafeteria died.

April 6 1942 to September 5 1945 was the time Marvin spent in War Production. Possibly longer…I can only document what the certificate says.

Far Guy said “Dad got a draft notice and he contacted someone at the Martin Plant.  The Plant then contacted someone in the Armed Forces. In 1942 or 1943 he received a Presidential Waiver because he was a very skilled machinist and could best serve the war effort while working at the Glenn L. Martin Plant.  FDR was President back then.  The Presidential Letter was not saved. He worked on a special bomb release mechanism for a B 29.   He was never told exactly what the release mechanism was for.”