My Dad was in Korea, in fact he was there when I was born.  He found out about me through a Red Cross Telegram. 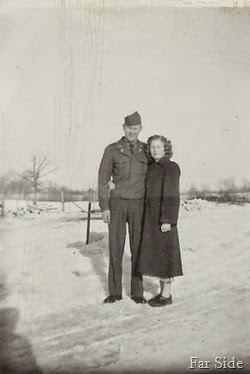 Dad was injured by shrapnel and he has photos taken in Korea that substantiates his injury.  All the records burned in St. Louis so he never received his Purple Heart.  I won’t say he came back unscathed, because he has nightmares often especially in the winter.  From what I have heard he didn’t even have an extra pair of socks or winter clothing yet was sleeping in foxholes in sub zero weather.  He survived conditions that are unimaginable to me.  Dad is 88 years old.

These are my father’s brothers, my uncles; 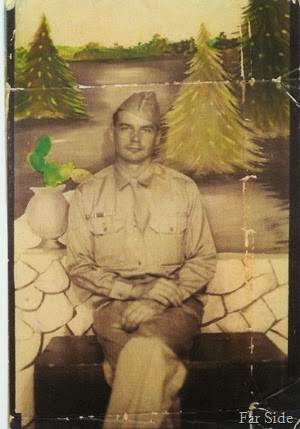 Uncle Hugo was wounded, sent back to the States, endured surgeries and therapy and lived out his days with bullet fragments in his body. 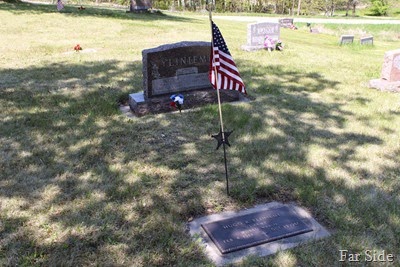 Uncle Hugo and Mia never had any children together.  Mia had children from a former marriage.  They had a Grandson that they raised as their son.  I take flowers here because no one else does…and because I held his hand many days up in the VA Hospital before he died.  He died of Prostate Cancer. 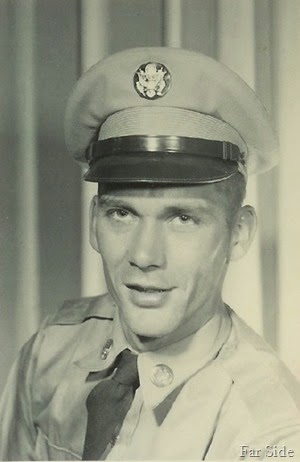 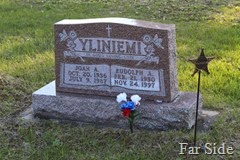 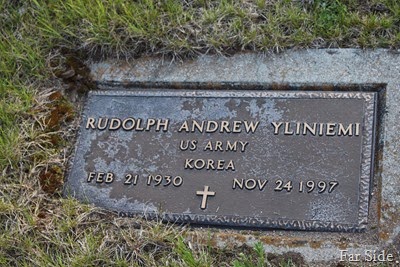 I had not been to Uncle Andrew’s grave in a few years.  Two of his children are dead now…there are a few children left but I wonder if they visit…perhaps a granddaughter visits.  She would have been the apple of his eye.  He was a wonderful man, I still miss him…he lived with us when I was little.  He died of Bone Cancer and Lung Cancer. 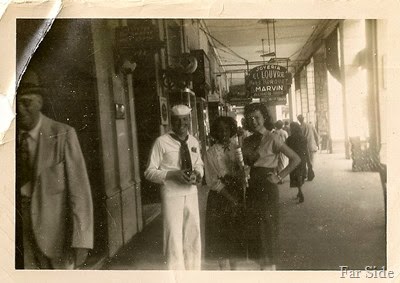 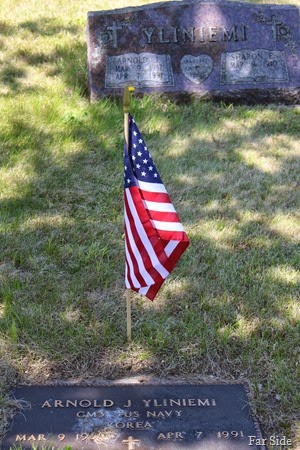 My Aunt Sharon is still alive and she will take flowers there. Uncle Arnold was another wonderful Uncle taken from us too soon by a swift heart attack in the night time.  He died in the house where he was born. 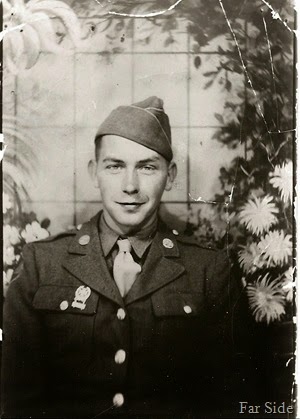 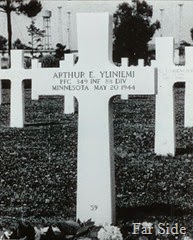 On a personal note I want to thank my husband for the 26 years he spent in the service.  My baby brother for the time he served in the Navy and my nephew Ben who is currently serving.

Years ago Memorial Day was known as Decoration Day.

So much sacrifice by quiet heros in your family. I am glad they are remembered.

It is sad some of them had to endure cancer in the end.

You are a wonderful person who remembers and shares some of the greatest people in your family. Blessings to you and your family, especially Far Guy and your dad, and thanks to them for their service.

Thanks for sharing your family that helped to make us free.

Beautiful post for Memorial Day. There was a bill introduced in Congress in 2012 to try and award Purple Hearts to deserving war heroes whose records were destroyed in the St. Louis fire. Sadle, the bill died in subcommittee likely because it was introduced in the second year if the 112th Congressional biennium. Thanks to all your family members for their service.

Lovely post for Memorial Day, so many people to thank for our freedom.

Wonderful family you have! All my uncles and my mother and father served in WWII except for the oldest brother who stayed home to take care of the family farm plus he was married with a family. The rest all went and came home safely but no one ever talked about any of it. I'm not sure if it was the war or just that generation or just my family as they never talked much about anything in the past. Maybe after being in a war you learned to live for today.
Happy Memorial Day!

My husband's dad's records burned up, too - - in that same fire. Bill's mom fought for 30 years for benefits for her husband. They were finally approved the month after she died. They acted like Bill's dad made up the story about being blown off a tank - - which resulted in severe back injuries - - - which caused pain the rest of his life. His dad was only one or one of two who survived that. First the transmission was shot out and then the tank took another fatal hit - - - with other soldiers inside who were unable to get out in time. As his family has discussed, it was a matter of seconds (of him escaping) that is the only reason Bill and his siblings and all our children even exist today. It was a blessing he not only fought but survived.

A wonderful post: I am forever thankful to these past and present heroes. God Bless them!

It always saddens me to see veterans' graves undecorated on Memorial Day. The VFW and American Legion organize volunteers to place flags on the graves, but so few have flowers.

Thank you for this lovely remembrance, and thanks to Far Guy and others for their service.

The more film footage I see of the Korean War, I am convinced that it was a horrible thing for our soldiers. I was seeing how Russians financed and encouraged the invasion. Views of the fighting of the war are not nice to see. I didn't realize that we still have 30,000 soldiers stationed in Korea yet today.

Somehow, that don't-ever-quit sense inside of me thinks there should be a way to substantiate what it takes to re-assemble records for that Purple Heart for your dad...

I thought of you and Far Guy this weekend, thinking of all the flags being planted at all the cemeteries. What an awesome sight!

Adding my gratitude to yours--and that of many others--for the high price paid by your many family members who served in the military.

Sad memories Connie, but important ones, to record with gratitude the sacrifice that others made for our freedom.

What a wonderful post for today, Connie. My grandparents on both sides always called it decoration day and we all went to the cemetery to put flowers on the family graves and reminisce, big bouquets of iris and peonies. I learned a lot of history on these visits.

I sometimes worry about who's going to remember after we are gone.

I would like to thank your family too for serving, especially your husband who made a career of service.

Soldiers always carry something back with them.

God bless them and their families.

We owe them all thanks for our freedoms.

I can't imagine what they went through. I just wish we could all learn to get along!

My thank you to your family members. I am sure there were many folks today who never thought of the true meaning of the day and the tremendous sacrifices made for our freedom.