Today was Wistful Wednesday…I usually do my year in review on December 31.  I am almost late! 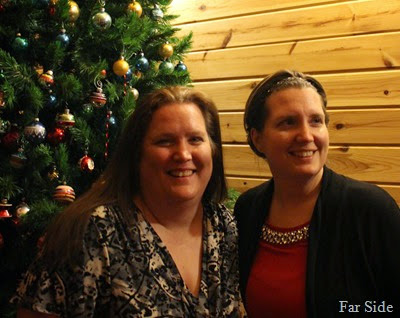 Trica graduated from the Nurse Practitioner program in May and passed her State Boards recently. (much to her Mothers relief)  She will begin her new adventure soon in Family Medicine. Trica’s husband Richard is in the Radio Business.

Savannah graduated from high school last May.  She is going to college for elementary education.

Madison still struggles with Math…she is a Junior this year.  She loves all animals and excelled at caring for 12 puppies… anyone that has ever raised a litter of dogs will appreciate her hard work.

Paige is a Sophomore and plays Hockey, she hopes to enroll in college classes next year so she can graduate with an Associate Degree the same time she graduates from High School.

Noah is a Sophomore.  He is involved with Vex Robotics and plays guitar.  He is on track to begin college classes next year also graduating with an Associate Degree the same time as he graduates from High School.

Adam is in seventh grade.  He plays basketball and cello.  He is involved with Vex Robotics.

Miney must be about eight years old and Little Elvis is four years old.

Jade (Black Lab) has new owners…Savannah relinquished her to Trica and Richard when Jade became pregnant with 13 puppies (one died).   Other homes were found for all the puppies except one.  Deacon (whose name I can never remember) now belongs to Madison.  Both Deacon and Jade will be spayed or neutered. 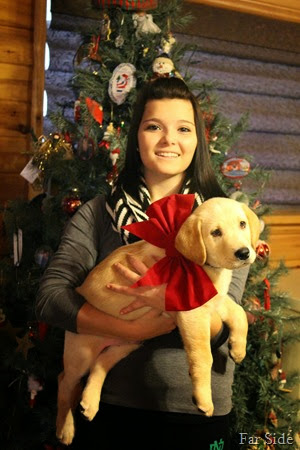 All the cats are doing fine…poor old Chaucer is just getting older…he is about 13 years old.

I cannot keep track of the other cats…Bailey, Luna, Ziggy and Skittles…but they all seem just fine. They come out and hiss at Chance when we visit.

Trigeminal Neuralgia:  Is the pits, there are no new treatments or new medications as far as I can see.  It will remain a Rare Disease that no one gets real excited about until some Movie Star gets it.  Far Guy has Atypical Trigeminal Neuralgia which is the rare form of the rare disease.  Far Guy has a really good Neurologist that takes good care of him…at least that is my opinion.

Biggest Frustration:  Getting older, things take longer to do.  I am learning to be less OCD about some things.

Deaths:  Long time friend Lois died in January.  Friend Gary died in March and his wife Barb joined him in October.  Friend Bill died in August after a long struggle with cancer. My Dad’s cousin Shirley died in September.

Births:  None except the puppies. 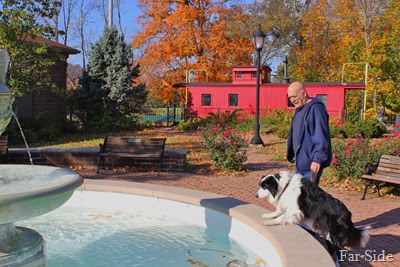 Since I read mostly RV blogs, your review of the year is interestingly different. I enjoy all the reviews of the people I care about.

That is a great photo of your two guys. Chance seems to be there for both of you at all times. I hope you both are felling better. Best wishes for the New Year.

That is a great year in review, and I think that you have overall had a pretty darn good year. I am glad that my favorite Far Siders, Chance and Far Guy (other than you, of course) are all doing well. I'm hoping that 2015 will bring all of us many good things. Happy New Year! :-)

This review helped me put a few pieces together, like who your daughters are, and what Far Guy suffers from. It sounds like al of your loved ones are moving forward nicely.
Best wishes for a happy 2015!

Have a great 2015. I look forward to following you this year.

Your photography is fantastic! Not included within your 2014 review was the fact that several of your photos were chosen for the Power Company 2015 calendar. Happy New Year and I also look forward to following you in 2015.

May 2015 bring many blessings and wonderful adventures to your family.

I love the photo of FG and Chance. Enjoyed reading the updates on your family. May God bless you all in the new year.

Glad you got that Year in Review in there, just in time. Sending you best wishes for a bright New Year in 2015! And yes, Kansas Kay is right: congratulations, again, on having some of your wonderful photography included in the power company's 2015 calendar. You are making the New Year bright for multiplied others!

It also is a great photo of the two girls at top. Their families are sure growing up fast.

I started looking back and I got depressed at how little I got done last year. It's like that movie Ground Hog Day....same stuff on the list. I'm just walking in place. Oh well...new year and I'm still here! Have a great one!