Adam had never played Scrabble before…so we gave it a whirl.  He did great!

Far Guy and I used to play Scrabble a few nights a week before computers. It was one of our go to games…complete with the Scrabble Dictionary tucked into the game box for a challenge.

Far Guy and I carved on the Christmas Ornaments most of the afternoon.  It was reasonably nice outside 76 F or 24 C eh with a breeze. None of the ornaments are completed yet, they have multiple parts.  Adam joined us for a while…I told him he needed the fresh air and Vitamin D.

Adam chose the place for supper last night.  He wanted to go to Rocky’s Pizza because they have really cool stuff to look at upstairs and because he likes pepperoni pizza.

I am thinking that we should have had a couple of boys ourselves…they are much less dramatic than girls and quieter too. 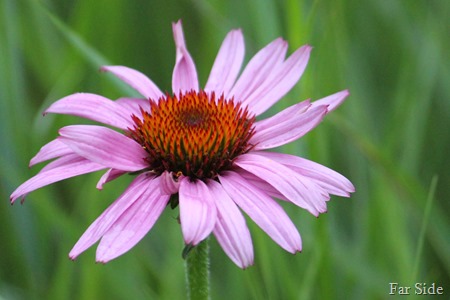 The Echinacea ‘purpurea’ is blooming…better known as a Purple Coneflower.

Labels: Adam, What a joy to be a Grandma, wood carving