I might be the last of the big spenders. We attended an Estate Sale at Hazel’s old house.

I bought some Hazel’s to add to my Shiny Brite collection. 5 cents each 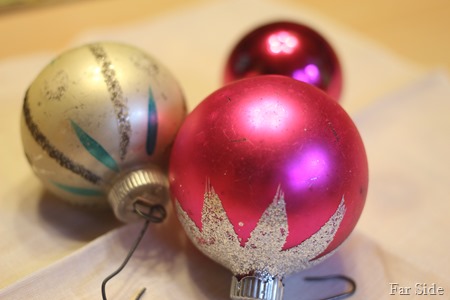 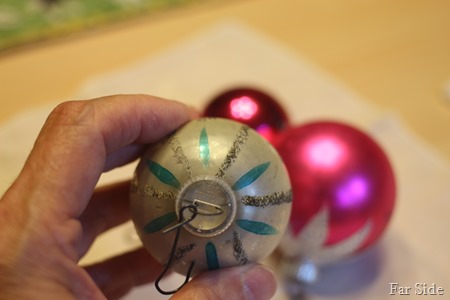 It was a fun estate sale I got to visit with an old friend and met her husband. 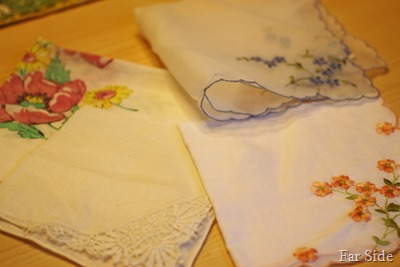 These are a few of Hazel’s hankies that came home with me.  The two on the right still have their old labels and were made in Switzerland. 5 cents each and I bought four.

I did buy some other stuff…but they are gifts for other people so they don’t count.

I knew Hazel from the time they moved to Ponsford in the early 1950’s.  Ernie used to work for the County and Hazel worked at Ringer in town, they had three children and the middle child Janet and I were good friends. She was a year younger than me. We rode the same bus driven by Ivan until the route changed.  We went to the same church and were also in the same Confirmation Class.  I liked to visit on the nights that Hazel served flat bread and broasted chicken…she was a really good cook.  Hazel died this past winter she was 87 years old, I was unable to attend her funeral. It is hard to be in two places at the same time and sometimes you have to take care of those closest to you.