We had a house full for Christmas.   We all went ( minus Paige and Savannah) to Christmas Eve Service and then came home for the Christmas meal.  My parents joined us.   Good food and Christmas goodies…  five dogs, four teen grands and eight adults.

We played Spoons,  a card game that some of the grands look forward to every year…then we played Trivial Pursuit.  We exchanged white elephant gifts…hot items this year were Christmas Socks and Argon Hair Oil.

We all missed Savannah…she was invited…but decided to go elsewhere for the day.  When you are over eighteen you can make your own decisions. 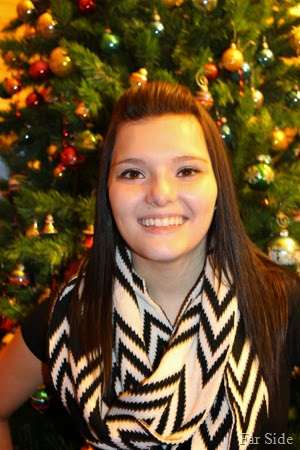 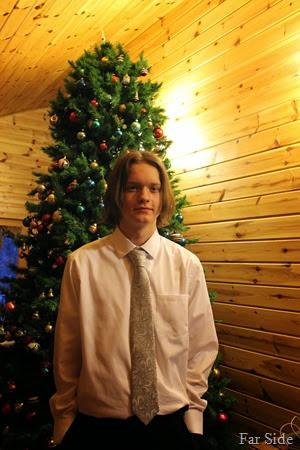 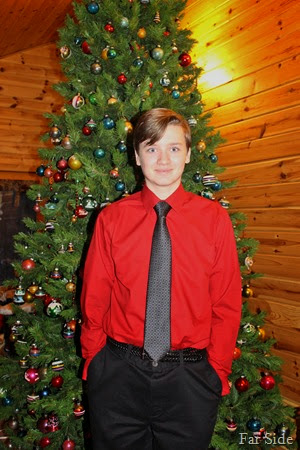 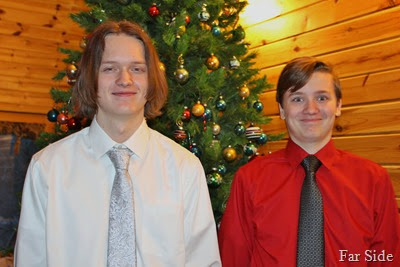 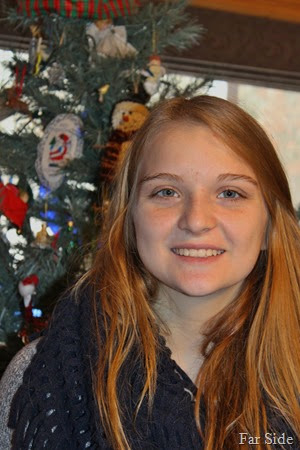 Paige was very ill when she arrived on the 24th.  The flu we think…temperature and severe stomach ache…she felt better on Christmas morning and looked better too. 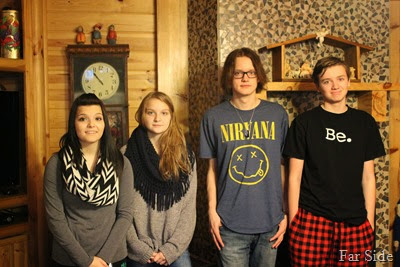 The grands oldest to youngest. 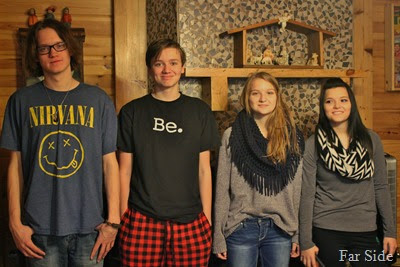 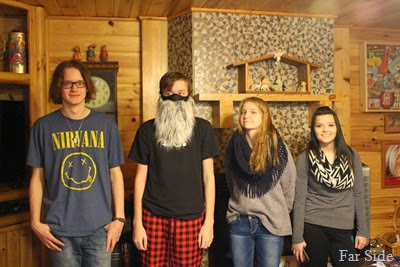 Someone got an old man beard and was just thrilled with it!

There was more opening of the gifts and happy kids!

Far Guy has been fighting off a cold for days….last Tuesday he went on antibiotics and a steroid.  Church on Christmas Eve triggered an attack (too much perfume and aftershave) from which he could not recover.  We made a trip into the ER on Christmas Day…he received more medications hopefully to help him over the hump.  At this time he does not need to be in the hospital…and as long as he listens to me hopefully we can avoid that…even the Doctors and the Nurse told him that I was in charge. Drink more water, rest and take your medications…repeat whenever I say so.   Whatever he has…is being seen as “the thing that is going around” and viral….his has turned into Acute Bronchitis.  The elderly and immune deficient are being hit hard.  The other thing going around is what Paige had…nausea and stomachache chills and a fever…oh joy.  Hopefully our flu shots will keep us immune from that one.

Everyone is gone now…it is quiet.  For now we rest…and pretend we are on Christmas Vacation.

Oh, my....hope this will pass over you. So sorry to hear that Far Guy is having trouble getting over the cold and whatever has him in its grasp. Take care of him!

I was just thinking that Far Guy is doing well lately, and now this. I do hope he realizes who is in charge and gets better soon. I notice the Shiny Brite tree in most of the pictures, quietly looking elegant. :-)

So sorry to hear about Far Guy getting ill. Sure hope he listens to you this time around. You can play Nurse Ratchet and get away with it. Your grandkids are very nice looking - love the pictures. Merry Christmas to you.

Thinking of you as you play nurse. Glad Paige's disease was a short one.

Your grands truly are beautiful and handsome! So glad you were able to get pictures of them dressed up and love that you always do the oldest to youngest/tallest to shortest. That is fun. It sure has changed over the years!
I so hate hearing how sick Far Guy is. Tell him you all can't repeat last year's adventures with that. He needs to make a rapid recovery this time and you don't need to catch any of it. We still aren't claiming elderly yet - - even though it does take longer to recover from something anymore. I will pray for him bunches. I know you will keep us updated and I also know his illness doesn't stand a chance as you will be on the offensive with all the right weapons.

Do take good care of yourselves.

So sorry to hear about Far Guy. I hope he is a good boy and does exactly what you tell him. Thanks for the advice about my mother. Yesterday she could not remember Meredith's name nor did she know where she was. I'll take a book with me today and write some things in it for her.

Sorry to read about Far Guy, hoping he will recover fast.

Tis the season for the bugs - I am also nursing a cold but it will pass...Far Guy indeed needs to listen to you! Those kids are amazing and it is so fun to see them grow up. Glad your holiday was awesome (less the illness).

Sounds like you enjoyed having the grandkids over, and they are all very nice looking young adults! I like your idea, in that, after the festivities are over and done we can relax and have a mini Christmas vacation. Hope you can keep the sickness away and the flu shots work! Have a Happy New Year!

You had a house full and a lot of fun. Playing games is not done much but is most enjoyable.

Not fun when people are sick and most everybody else is having fun. Here the spouse has had bronchitis for over a month. Ugh...:(

Lovely photos ! I do hope all recover fast . I am surprised with the mild spring ,like weather we are having more folk aren't sick here ! Thanks for sharing . Have a good weekend !

I hope Far Guy is feeling better today and Paige too.

You had wonderful group there! Adam's expressions crack me up.

Several friends of mine have had the bronchitis thing that has progressed into pneumonia. Be careful.
I'm so glad to see you had your grands with you for Christmas.

I like the pictures of the grandchildren Adam looks like he was about to get tickled! He must keep the family laughing. Hope Far Guy is better.

I guess I should be grateful I was alone on Christmas. Everyone that went anywhere got sick. My daughter and Grayson spent Christmas Eve night at the hospital again. He had the flu/virus and then, like Far Guy, it affected his breathing and bronchial problems. They let him out Christmas afternoon. I hope he recovers soon.
the grandkids are so cute even if they are "mature" now. LOL!
Your tree is huge! Is it real? But I guess you have to have a big tree with all those ornaments of yours....lol! Glad you survived and are now on vacation....me too.

No the Shiny Brite tree is fake:)

So sorry to read this. Praying you both feel better soon. We are limiting our trips into crowds for fear of being sick. I sent you my new email, had to delete the old one. Chk your spam folder. Mildred

A good and bad Christmas. Good that everyone is on the mend who was doing poorly and that your lovely family was gathered round. Bad that anyone was feeling poorly in the first place. Especially concerned about FarGuy! He better listen to you, that's for sure. No more out and abouts for a while--not even for church. Too many germs to catch. I'm sure Chance is watching over him, too. Rest lots!! hugs :)

Oh gosh! That so bad about Far Guy! Sending magic thoughts that he is able to heal fast!!

The fake tree is very convincing and it does not shed needles. It looks great with all the new ornaments on it. Our family structure started to fall apart the first time when our oldest was so sick that he could not drive home for Christmas. When our youngest moved to Maine things kept falling apart with no full family here ever. We told the Chicago kids to wait and we would meet them halfway of the 6 hour drive and spend time with them then in a few weeks. Weather and sickness can always mess things up. Your grandkids have really grown the past two years.